A review of a weekend at the Glasgow Homeless Hackathon

A couple of weeks ago, I got an email inviting me to take part in a hackathon event supporting homelessness projects in Glasgow.

TLDR our team won the competition and Simon Community will get some help in progressing what we built for them.

For those who don't know what a hackathon is, it's an event typically staged over a couple of days where a bunch of technologists like myself get together and 'hack' together a solution for a problem. The problem may be a commercial business interest, societal - like homelessness or just for the sake of making something.

I've done Creative Missions in the US before and other hackathons with work but this was the first time I've been able to take part in something happening in Glasgow.

On Friday evening, 7 projects were pitched by different groups like the Simon Community, Feed Glasgow, Glasgow Homelessness Network and Bethany Christian Trust and then the technologists could align themselves to projects they were interested in.

Muslim charity Feed Glasgow had a cracking idea for redistributing excess food in and around the city. Saqib had a well thought out plan and great tech stack too using Firebase. I'd easily have joined their team but Saqib already had his team from FanDuel to help him so I felt I could have better served another project.

I opted to work with Megan and her team from Simon Community (who funnily enough are based under Sarah's old flat on London Road).

Making up our motley crew, I was joined by Alan (an instructor at Code Clan) and Ahmed (a talented data analytics post grad from Strathclyde).

The biggest challenge during a hackathon event is giving a voice to everyone in the team, managing different personalities/skills, agreeing on how to tackle objective and what tech stack you're going to use to solve the problem.

Meagan outlined that her Street Team needed a better way to get visibility of rough sleepers in Glasgow and to be able to better co-ordinate Street Team efforts to serving those folks.

There's 2 ways to report rough sleepers to Simon Community: a phone number that often goes to voicemail and a general contact form on the website.

The draw back on the contact form is that it acts as a catch all for everything from donations to people applying for jobs.

It consisted of 2 moving parts.

The first was Slack a free, real-time chat platform that has native mobile & desktop apps. We wanted to post rough sleeping alerts directly into a Slack channel where the Street Team would get those notifications instantly, rather than wait on the over-subscribed office admin filtering website contact emails.

The web app allows anyone to tell the Simon Community about an instance of rough sleeping. The request can capture the name of the reporter, some contact info, any distinctive characteristics and also the place its happening.

The option for place ties into Google Maps and in the background gives co-ordinates.

When someone submits the form, the app sends a notification to the Slack group, notifying everyone who subscribes to that channel. A Street Team member can then take ownership of that alert and that triggers an alert to the rest of the team in Slack to let them know who is handling the alert.

So here it is 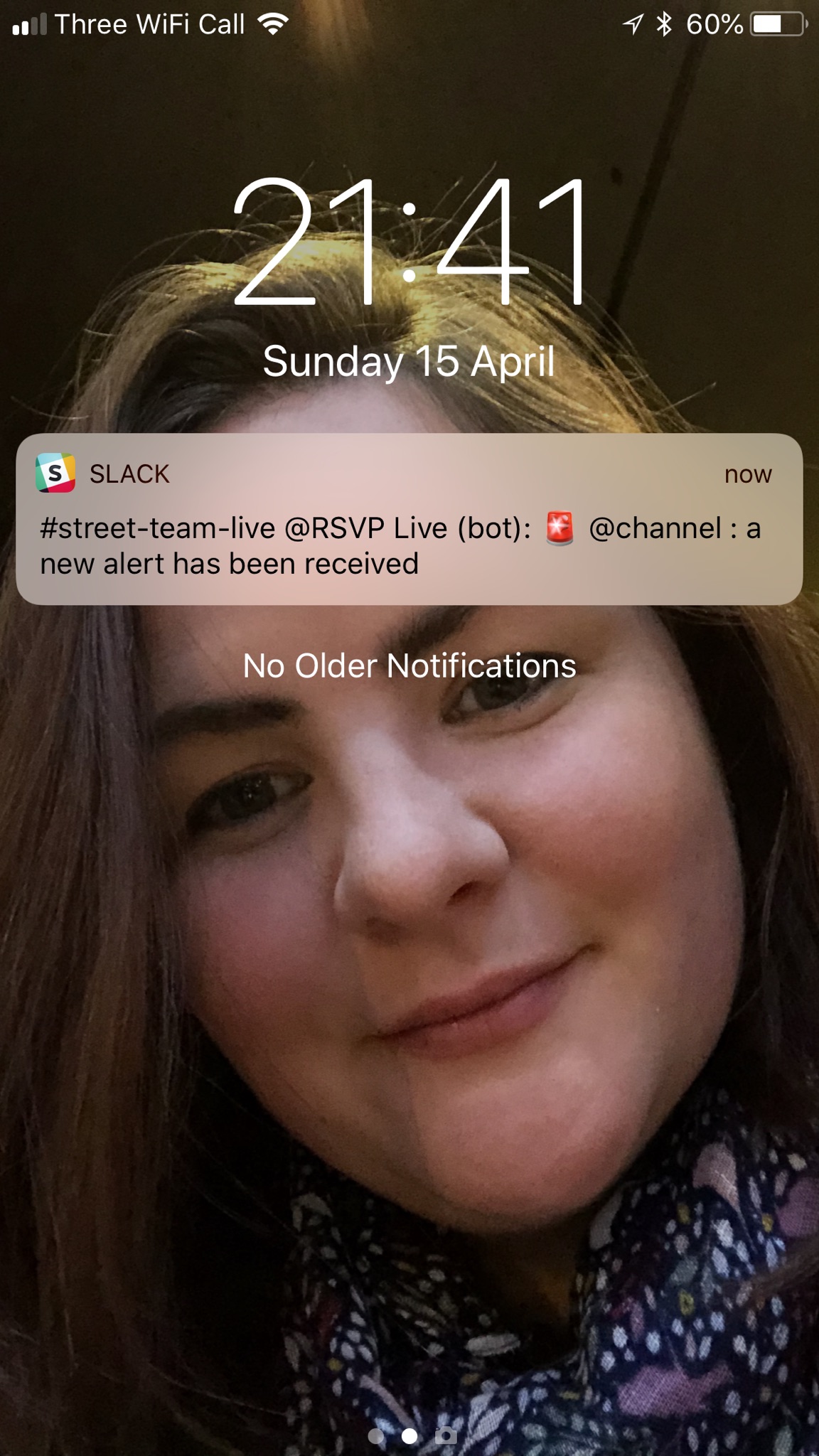 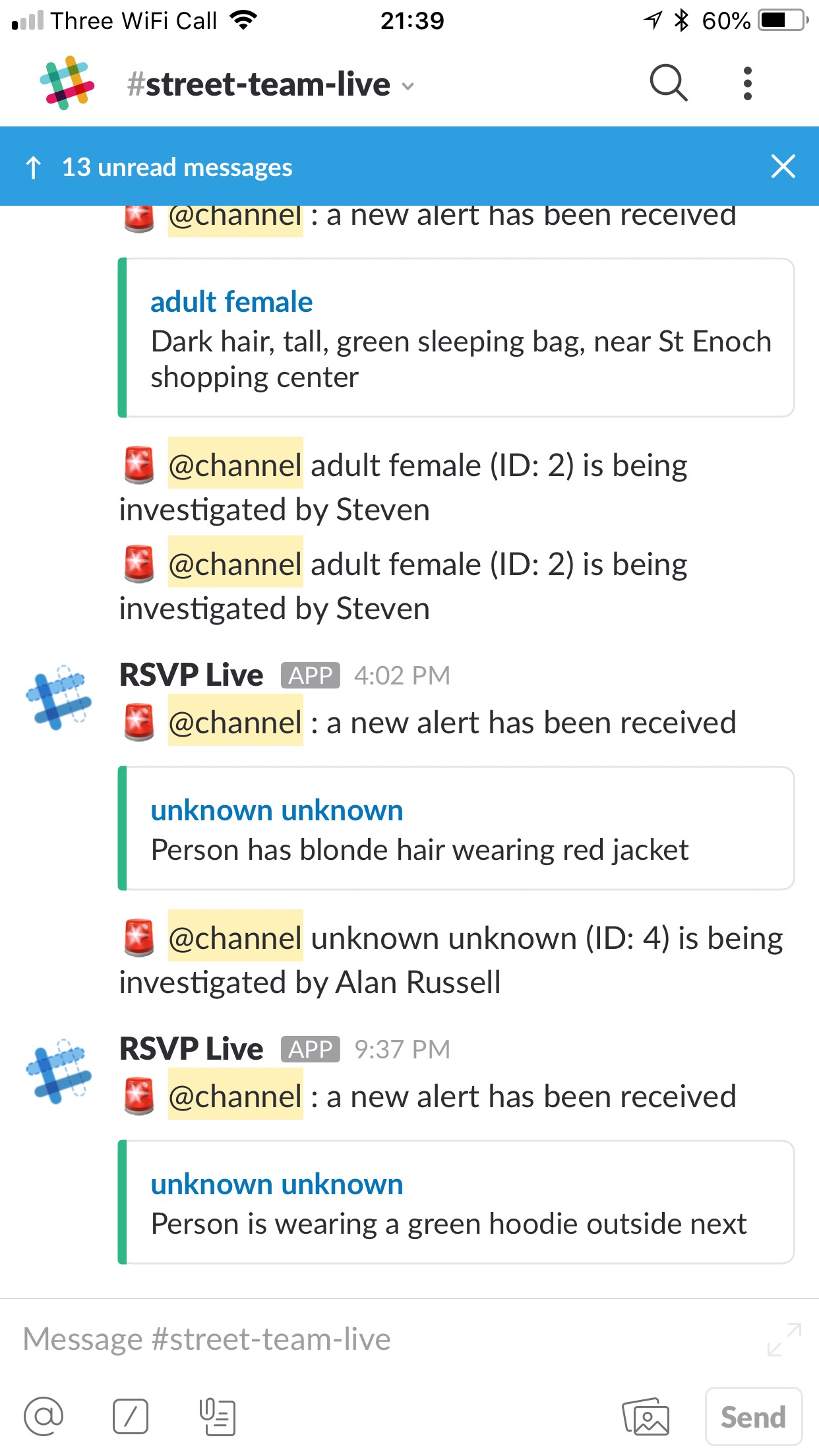 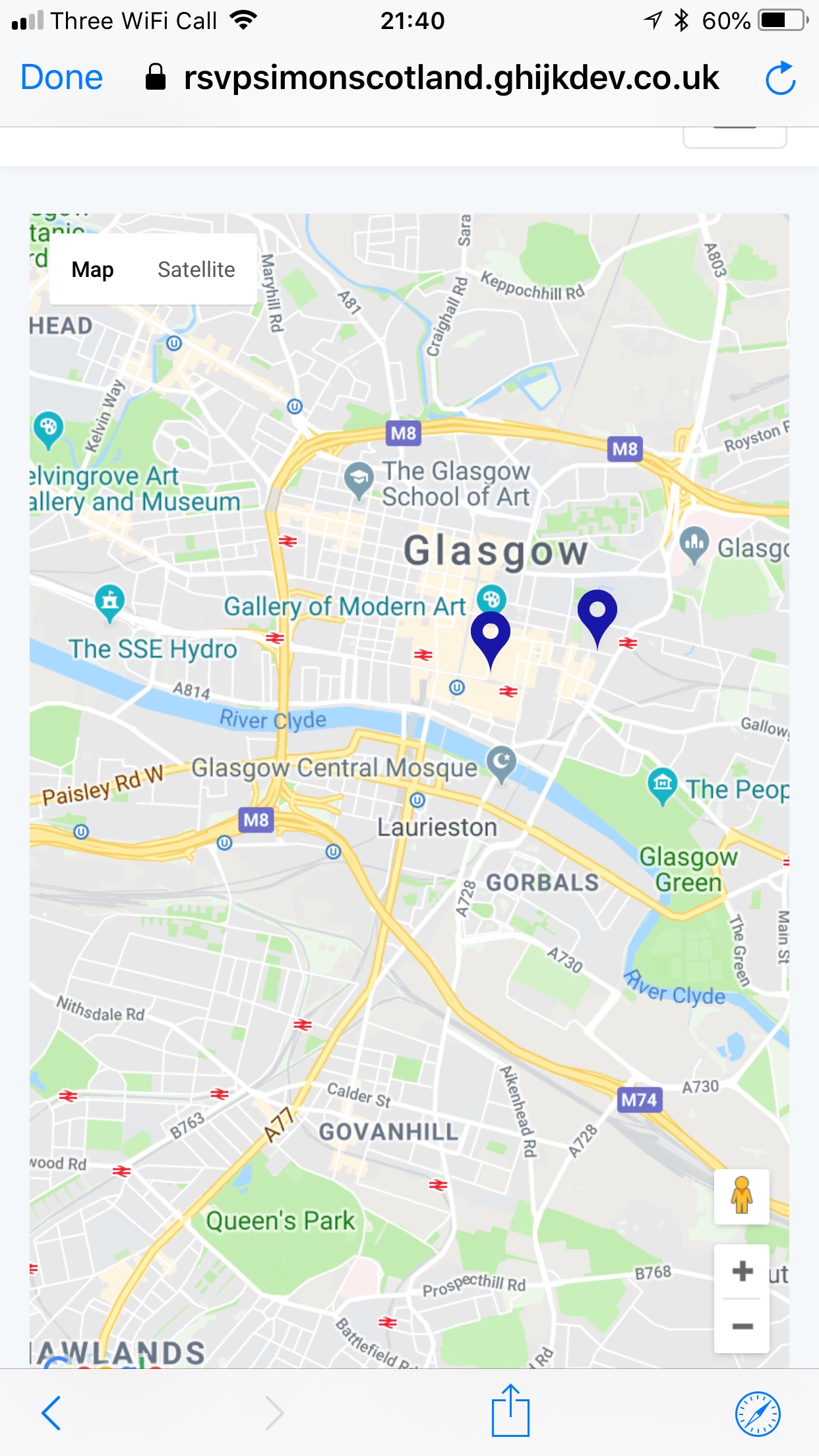 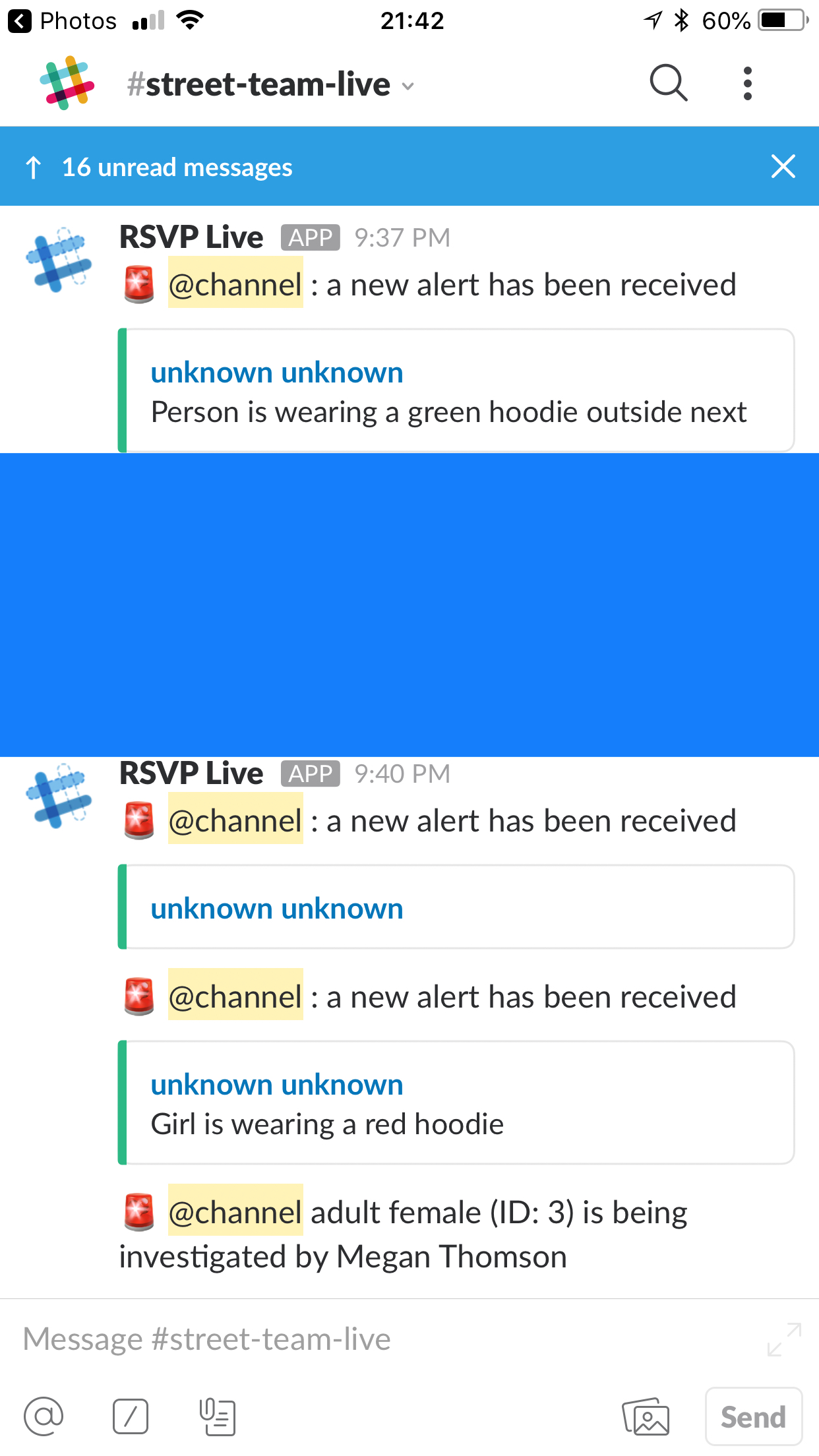 We have the basis for a great app that will really help the Simon Community Street Team. There's a couple of things to work on:

Realistically I thought we'd finish in 3rd place but to have won is great for the Simon Community to be able to progress things further.