This isn't the usual Dribbble 'look at how awesome my workspace is' type post. This is a breakdown of the evolution of my workspace over time.

This isn't the usual Dribbble 'look at how awesome my workspace is' type post. This is a breakdown of the evolution of my workspace over time.

Before Sarah and I bought our house or had any kids, we had a simple 1 bedroom tenement flat (apartment) in the next town from us, Rutherglen.

Back then, I still worked for RBS but, like many, moonlighting on evenings and weekends to keep Sarah in the lifestyle she'd become accustomed to during our courtship (and to keep my skills fresh -- important when you work for a bank who still used FrontPage in 2006!!!).

My workspace then, was a simple Ikea corner unit in what was our rather large kitchen. Our time there was short-lived though, because not long after we'd finished our renovation work, Sarah fell pregnant with Rebecca.

We move to our current house in early 2008 and although the kitchen layout wasn't great, there was a small breakfast bar that I made my workspace. It was fine apart from the uncomfortable bar stool. However, when the washing machine or dishwasher kicked in - it made it hard to concentrate or actually speak to a client on the phone.

As Rebecca hit a year old and started to walk (and with Hannah on the way) - the kitchen space just wasn't going to work and I started to explore alternatives.

Around the same time, my friend Mike Boyink was looking to move above ground and it started to get me thinking.

In summer 2009, I'd gotten some quotes to convert our garage to a workspace but we were looking around the £2k to £3k mark and at that time, it was too expensive for something I was only using on the occasional evening and weekend. A loft conversion was slightly less expensive but still more than I was willing to pay.

At that time my brother-in-law (an electrician) was visiting from New Zealand and he very kindly hooked up an electricity supply to our loft. I then made a very crude job of laying some flooring and putting up some drywall sheeting on the roof and on part of the eaves. It wasn't bad, but it was freezing, even in August.

Our friend Jonny had just gone into business for himself as JM Joinery. I got Jonny, to box off either end of the loft and add some storage doors to into the eaves. This made a huge difference to the temperature overall but it still got cold, especially in the winter. Conversely, on hot days (no laughing at the back! Glasgow does get them!) it could be unbearable.

That said, my options were limited and so it's been my office since going out on my own and starting GHIJK in 2011.

Then having taken on David earlier this summer (and subsequently Jamie too), I knew the loft office wasn't going to work long-term. It's only accessible via a ladder inside our bedroom wardrobe (a little bit like Narnia).

Office and studio space isn't cheap. On average, from the various spaces we looked at, the business would have been spending around £8500 per year (plus tax & utilities). On top of that, commuting by train would have had another cost.

It was at that point I started Googling garden offices and stumbled across Dunster House.

Initially, their range of garden offices caught my attention, specifically this Lienne configuration but having sized out the space in the garden, I didn't think it would make for multiple occupancy.

I really wasn't looking to spend more than the equivalent of a years rent and so started to look at their log cabin range. We had a space of just over 4.5m to replace our old, eyesore shed and could have had the same again in depth. After sizing it out, we realised it would be quite a dominant 'box' in the garden. And so, we opted for the full-spec PremiumPlus Modetro.

I could have attempted this myself but honestly I didn't have the time (or patience) and so I felt a better trade-off was to get a professional in while I continued to work from the loft. Again, I had no hesitation in hiring my friend Jonny, a fine craftsman.

I have to admit, I was a bit nervous shelling out that much coin on something I hadn't seen in person. Dunster came with a good reputation but like Tripadvisor, you sometimes overly focus on the negatives. People complained that post-sale, Dunster will only deal with you by email. I completely understand why that is. Upon placing my order, I got an email confirmation explaining that the lead time would be 4-6 weeks (I knew this to be the case before I ordered anyway) and that they would contact me to arrange a delivery date when my order was ready and that the final balance would be due 4 days before they'd deliver.

We ordered on August 4th and took delivery on September 1st. Between ordering and delivery, we had some preparation work to do.

Work began on the build on September 2nd and took 5 full days, adding power was another day.

Here's a breakdown of the costs:

Here are some shots of the entire build process from start to finish: 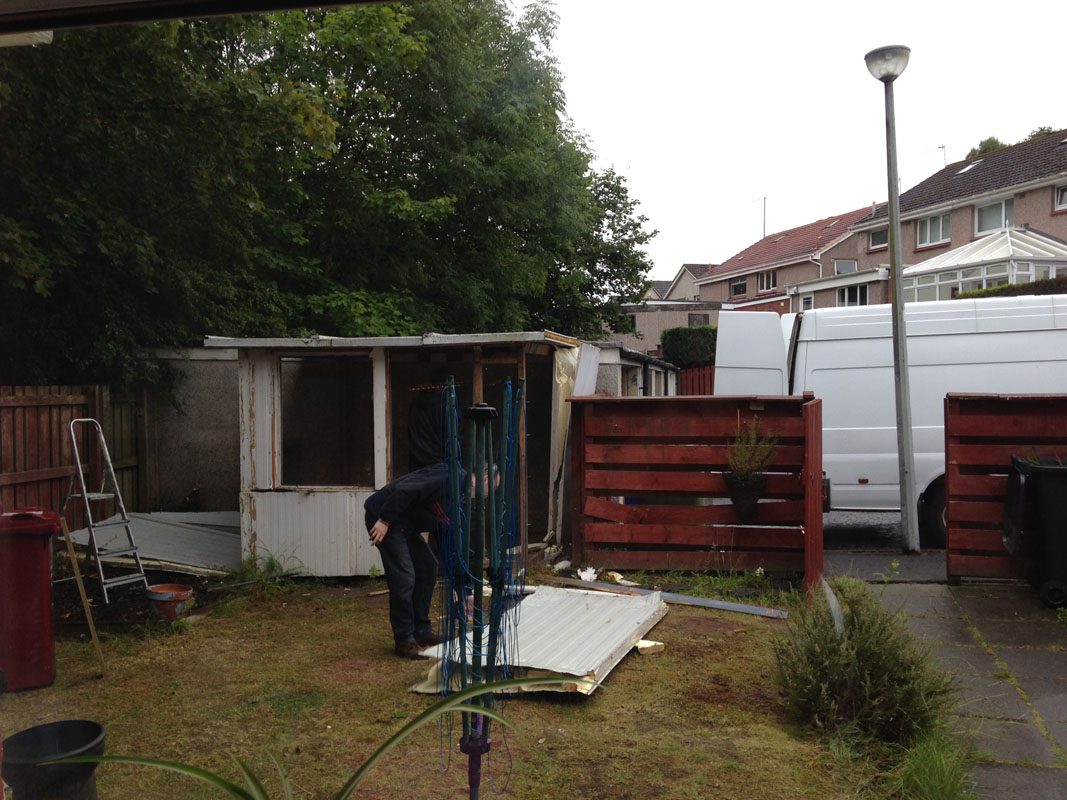 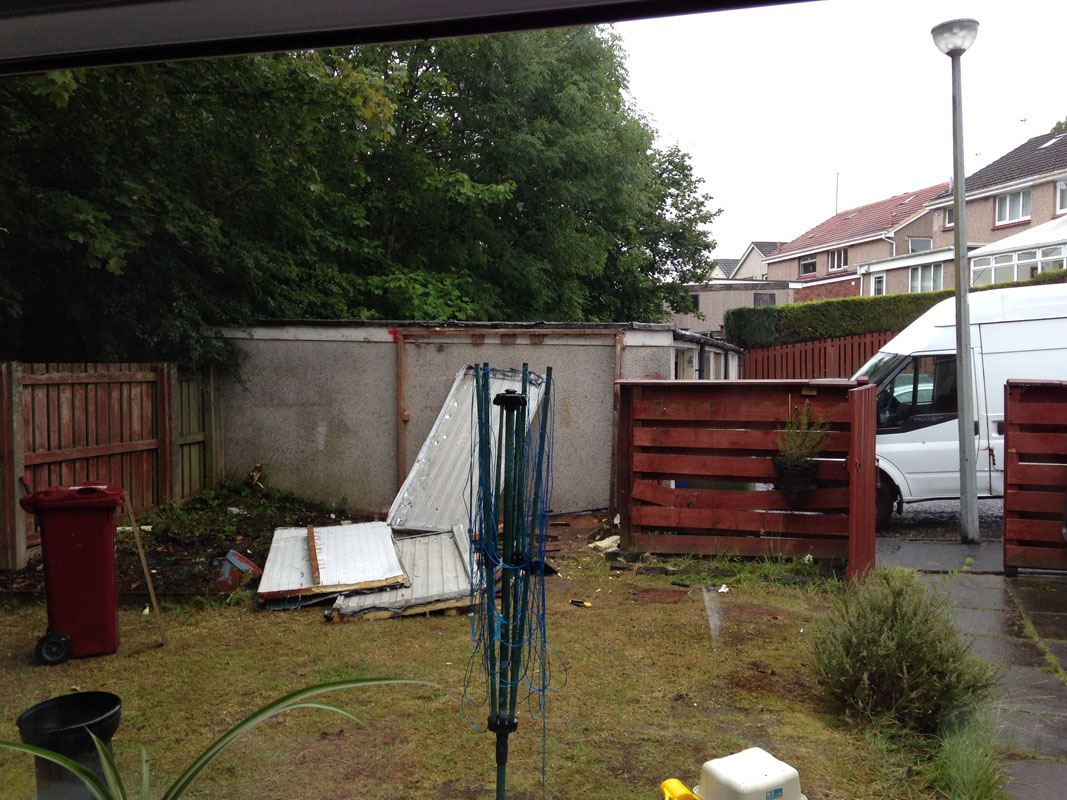 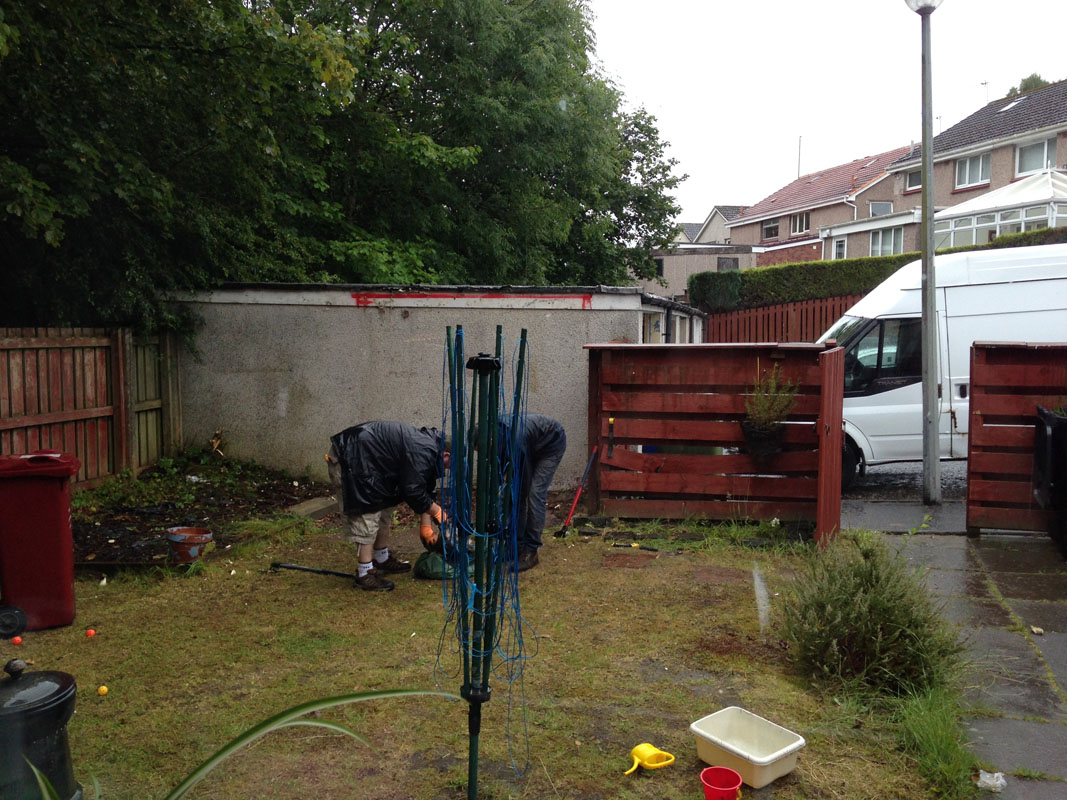 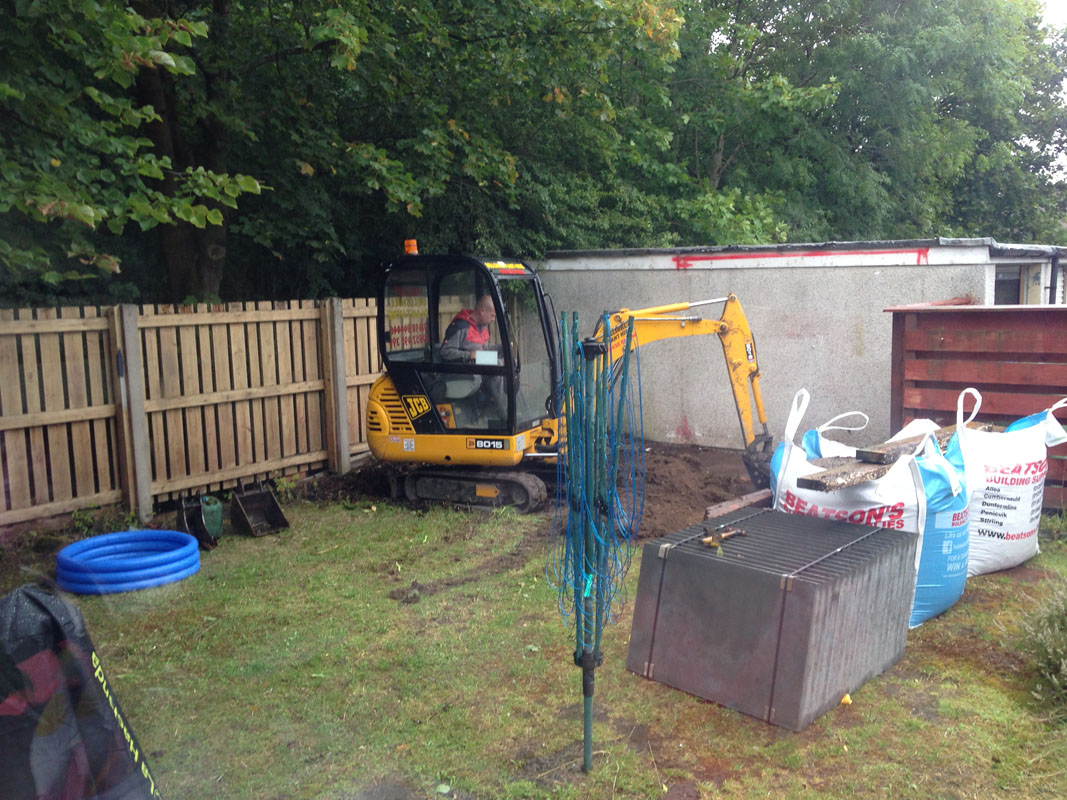 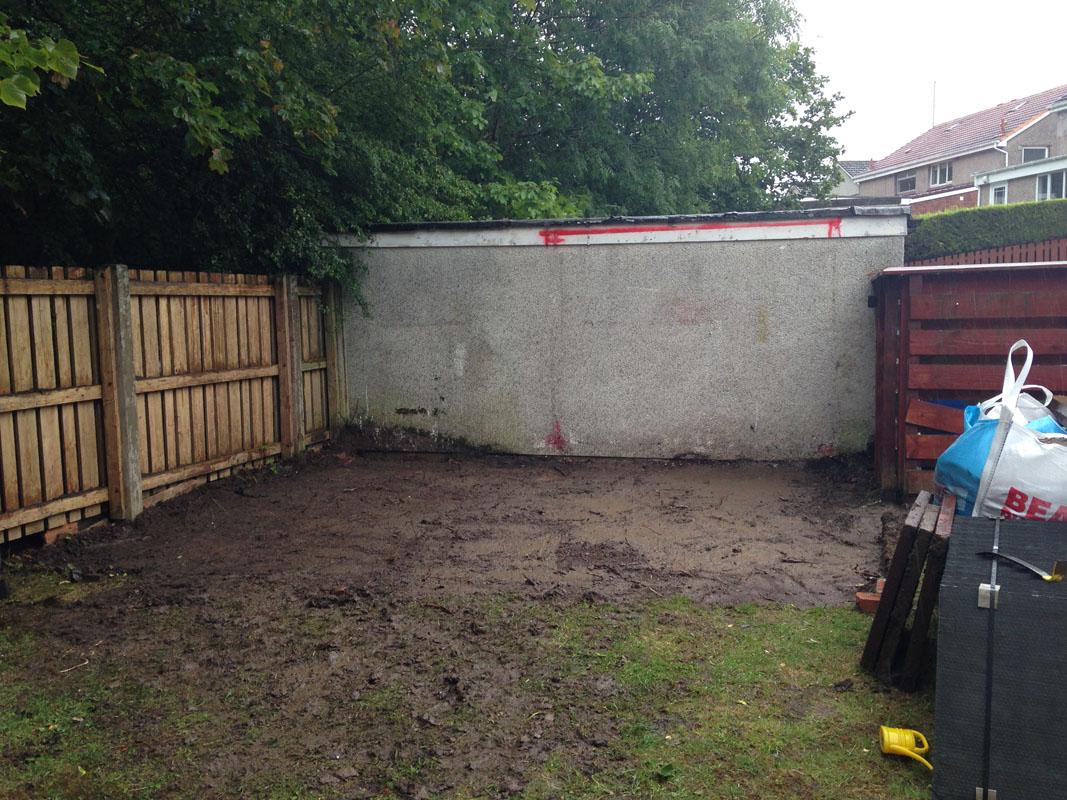 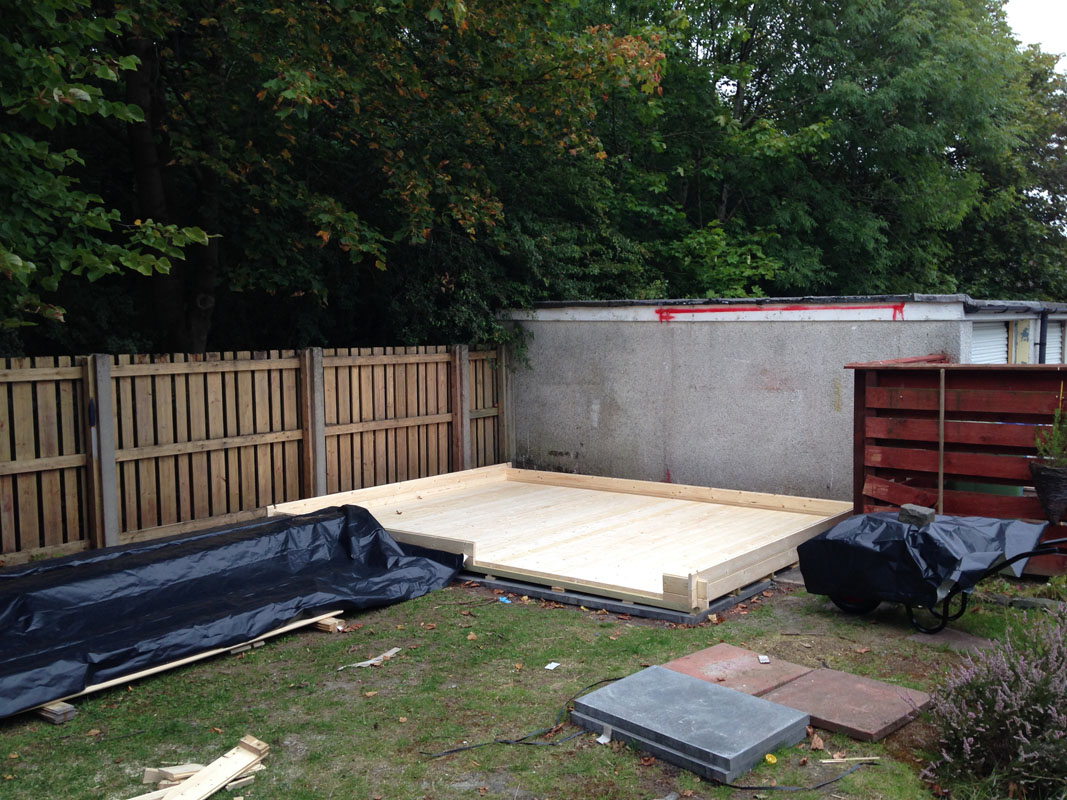 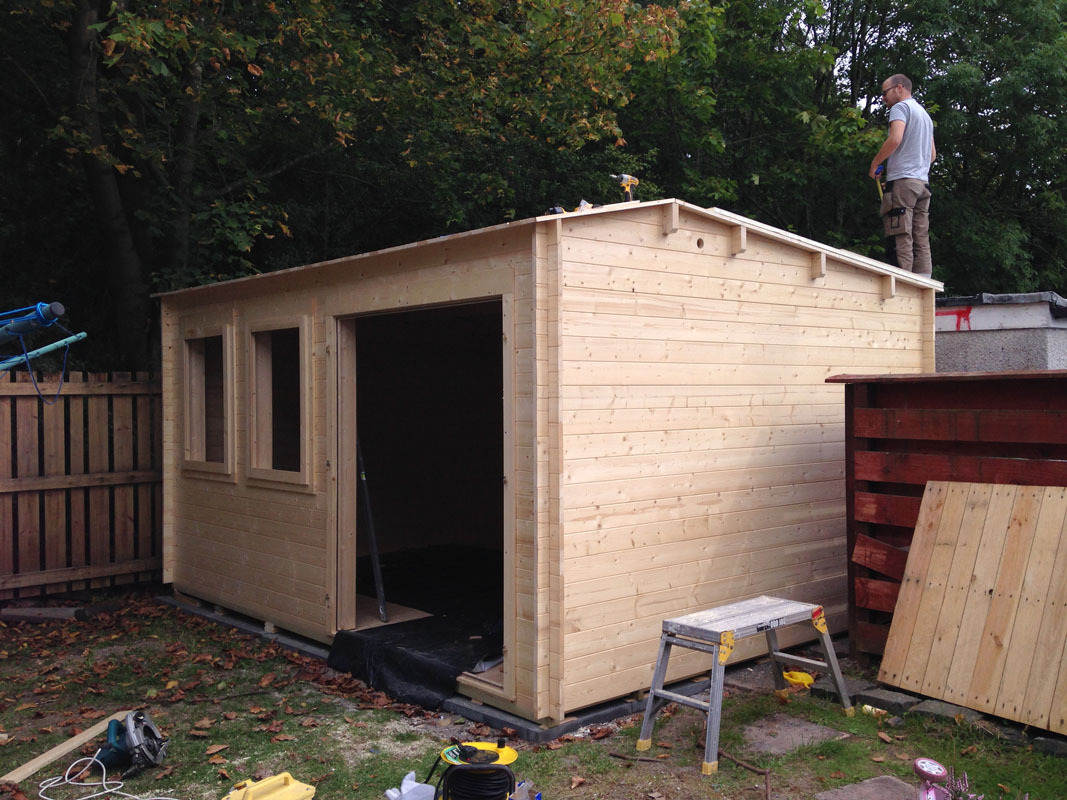 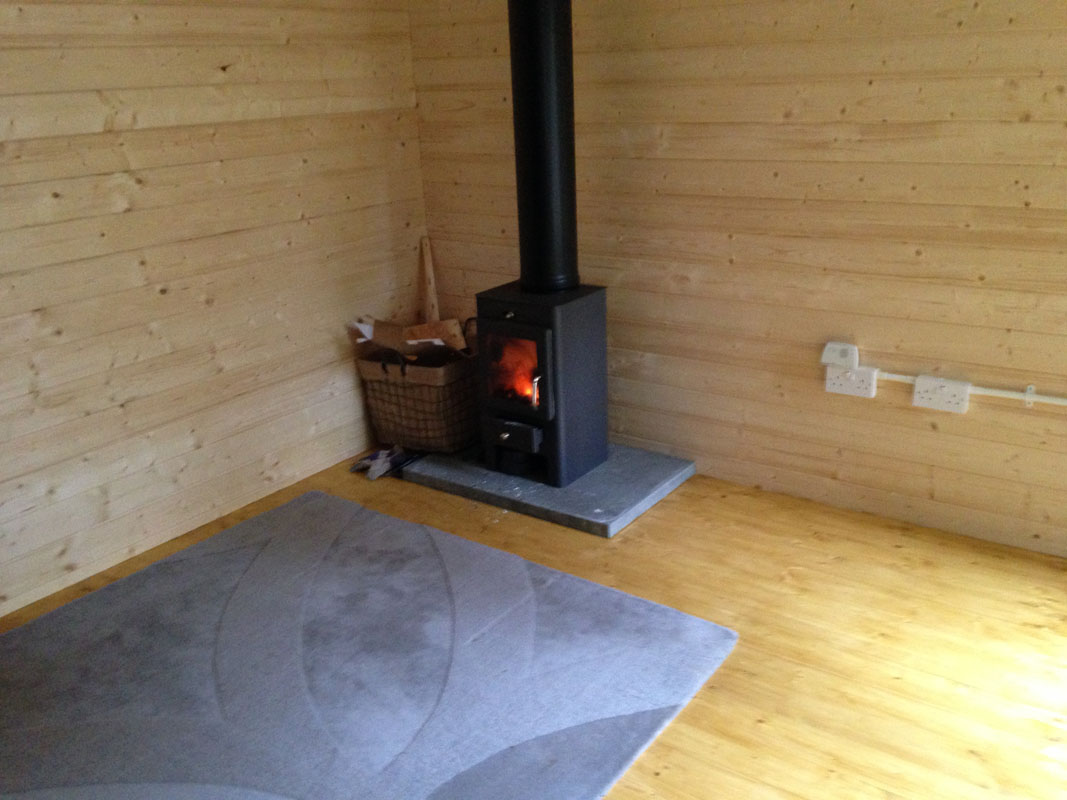 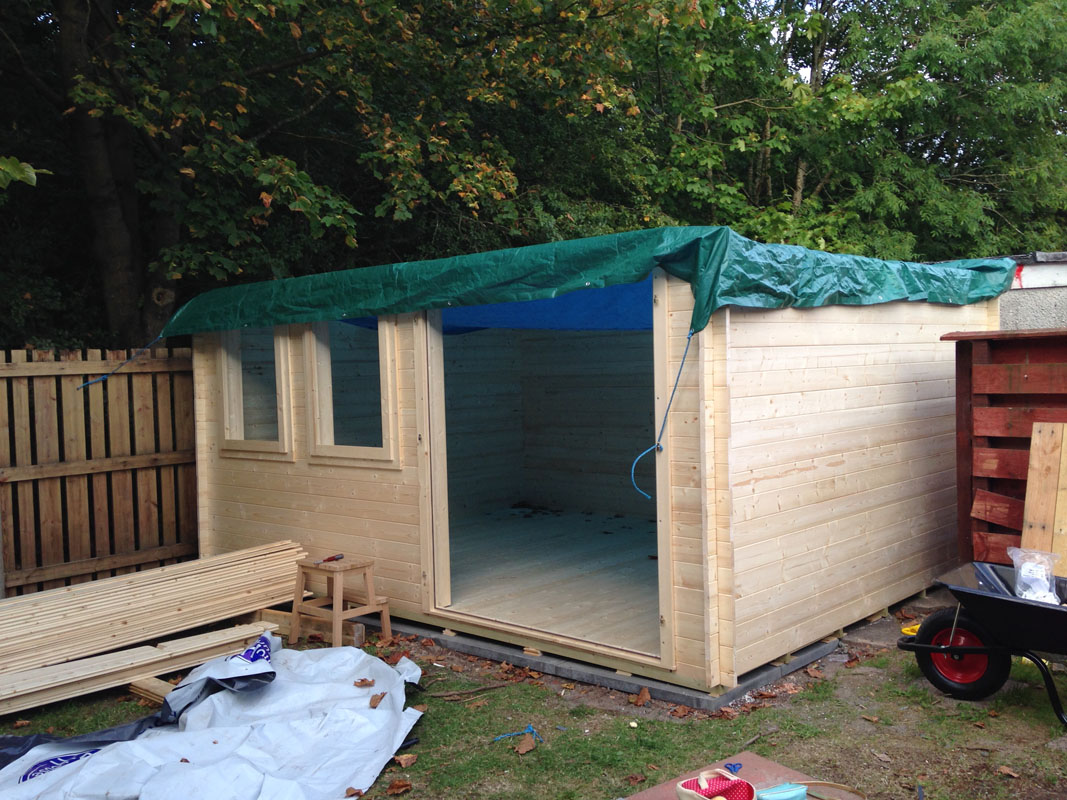 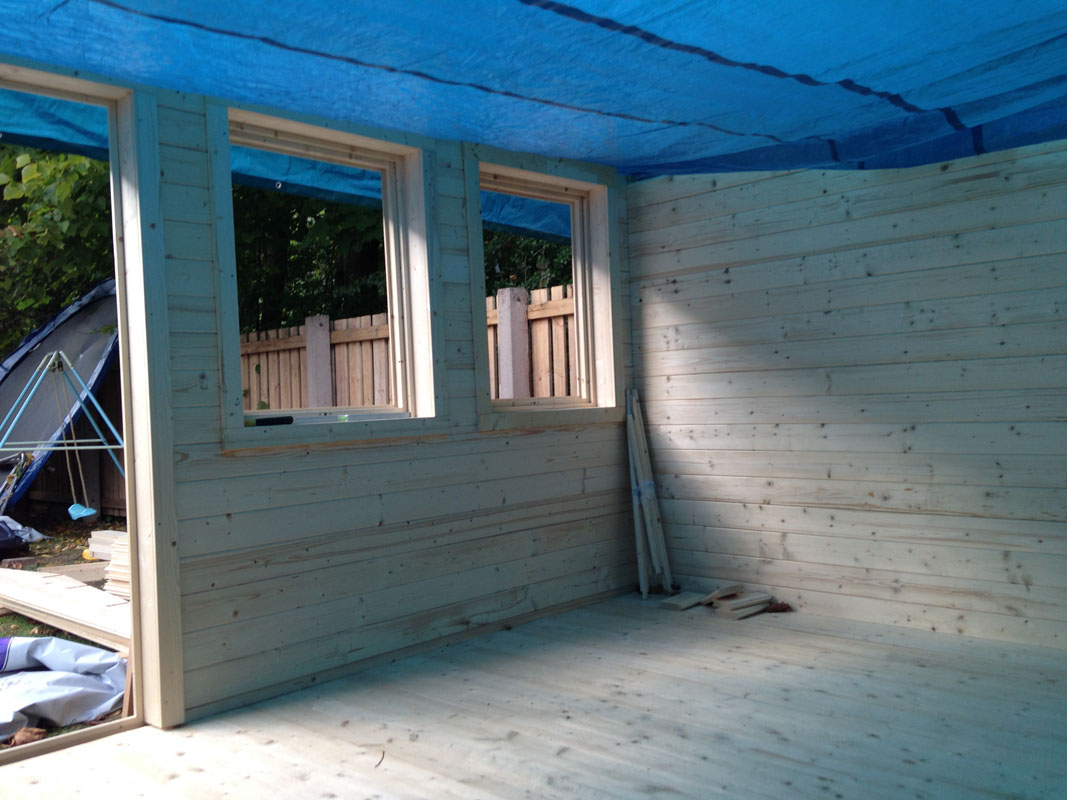 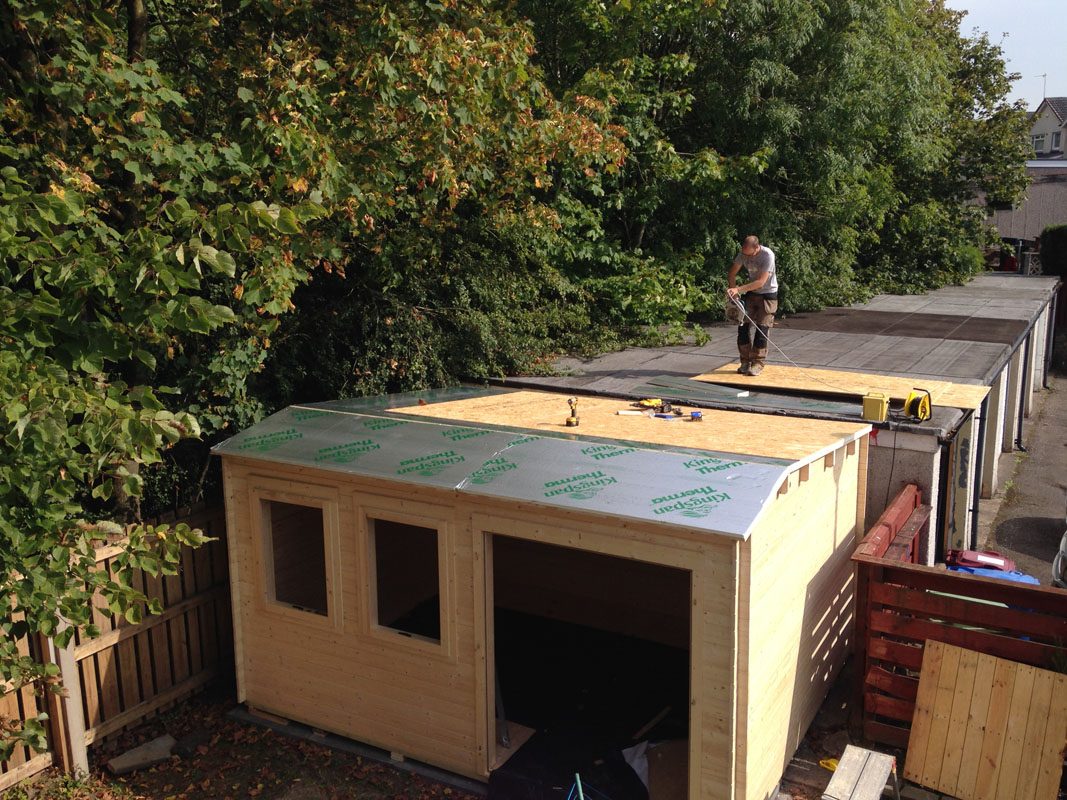 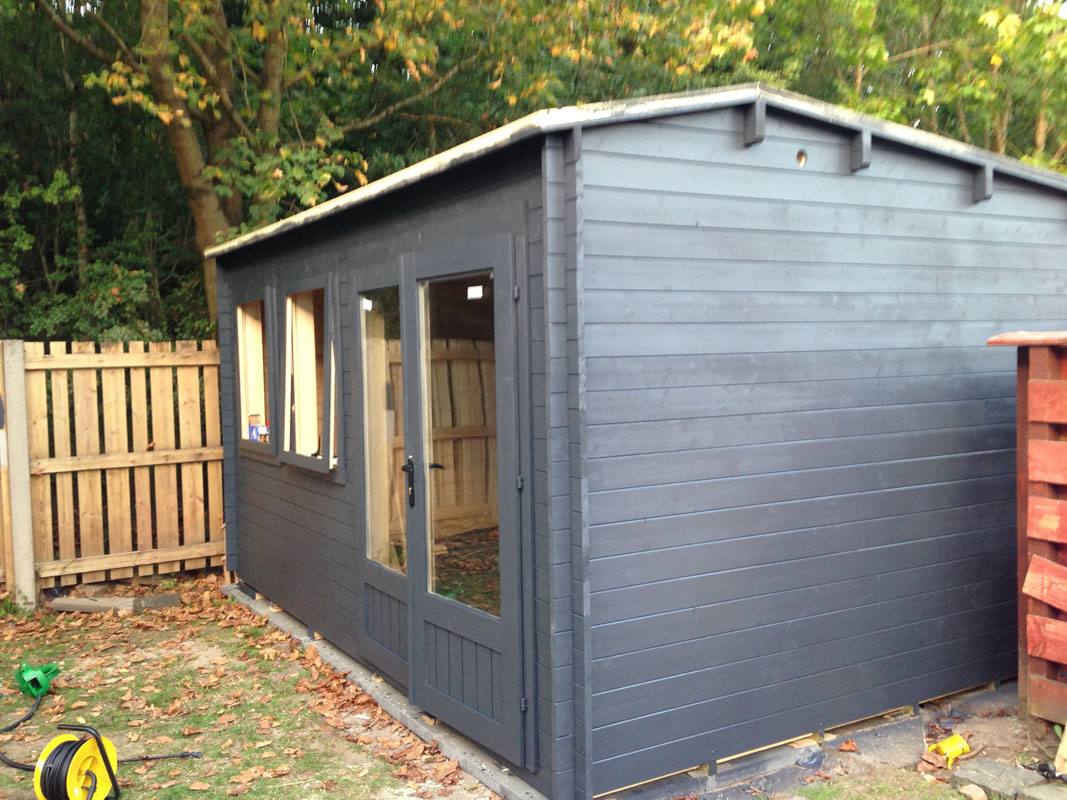 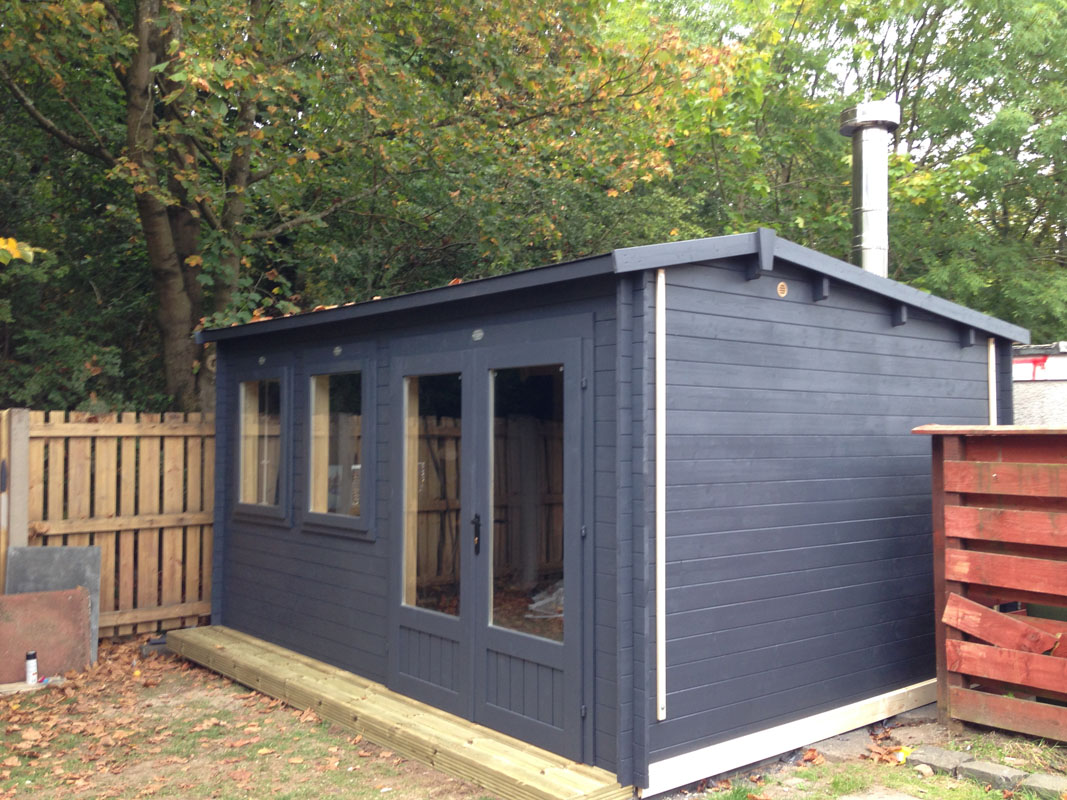 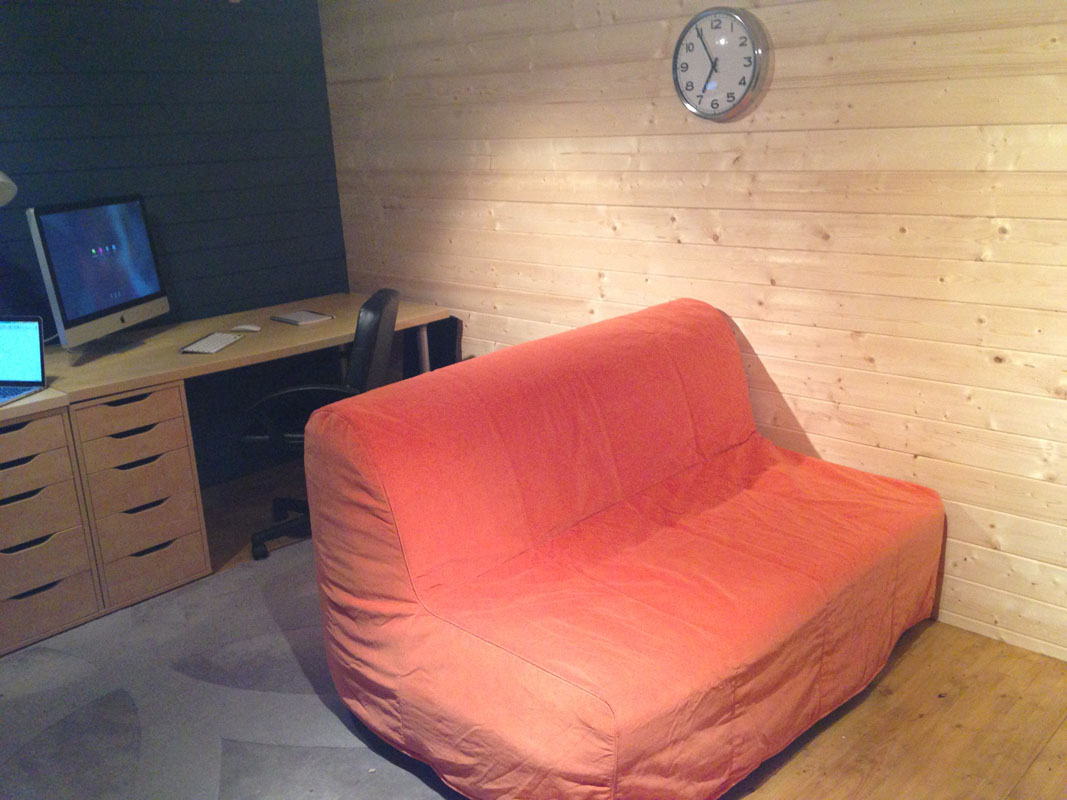 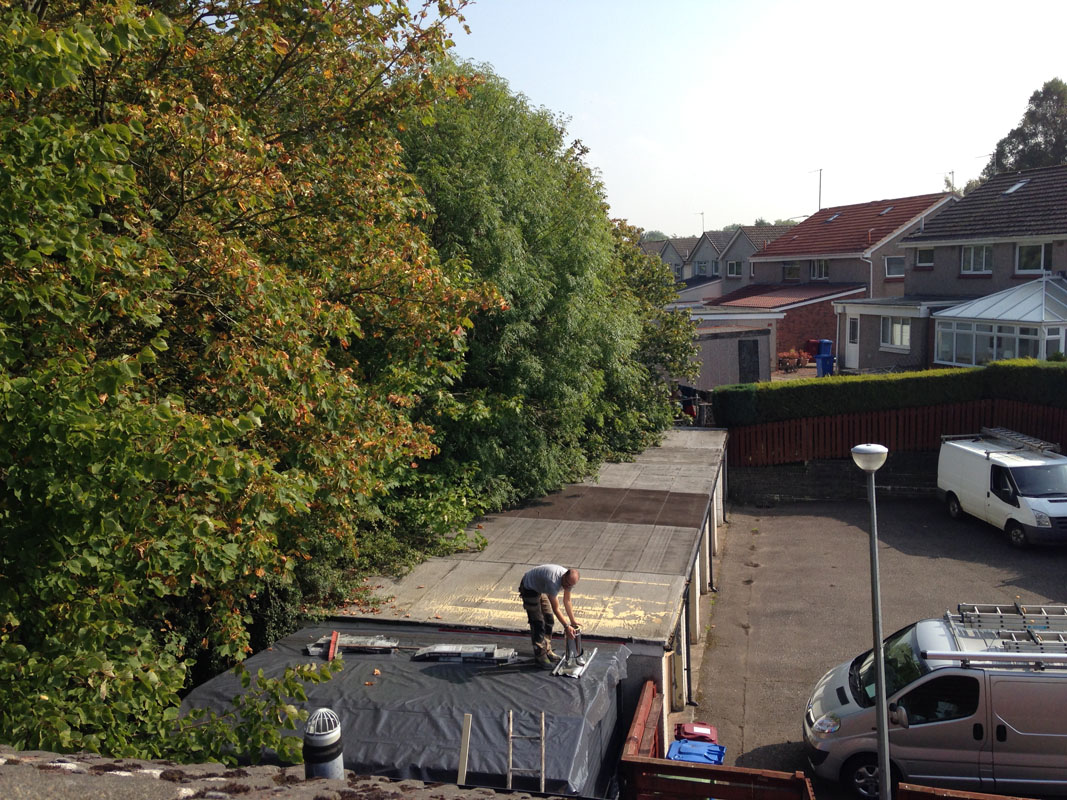 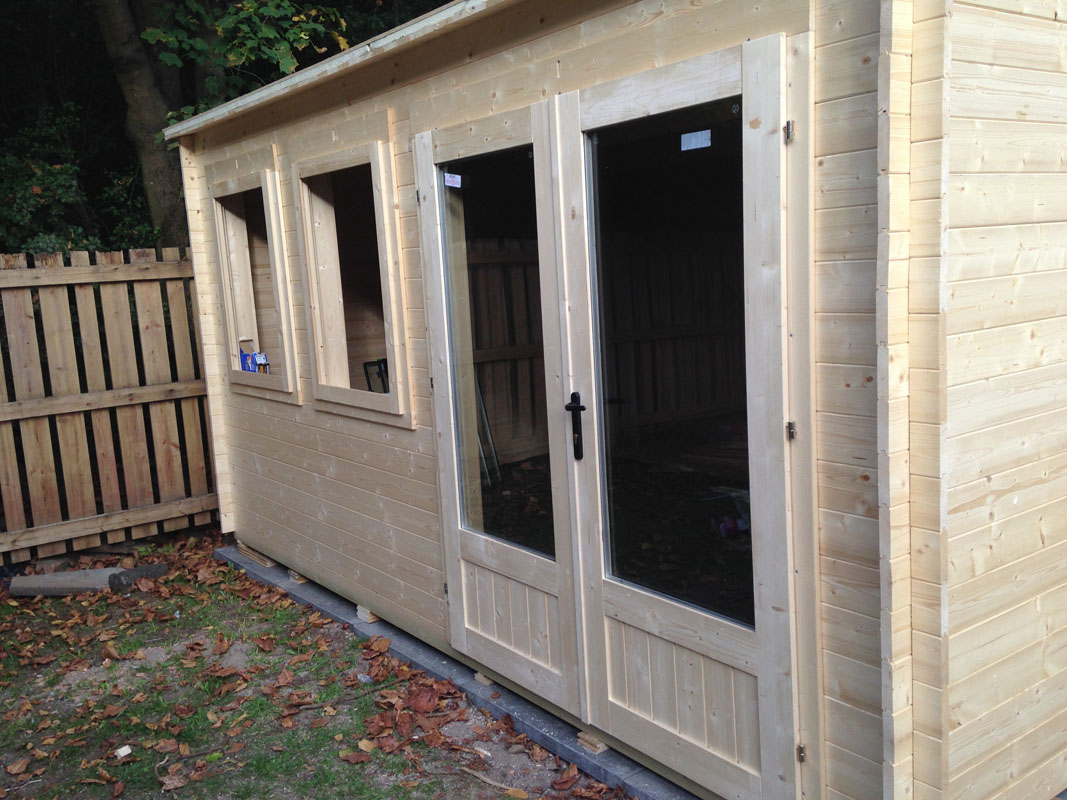 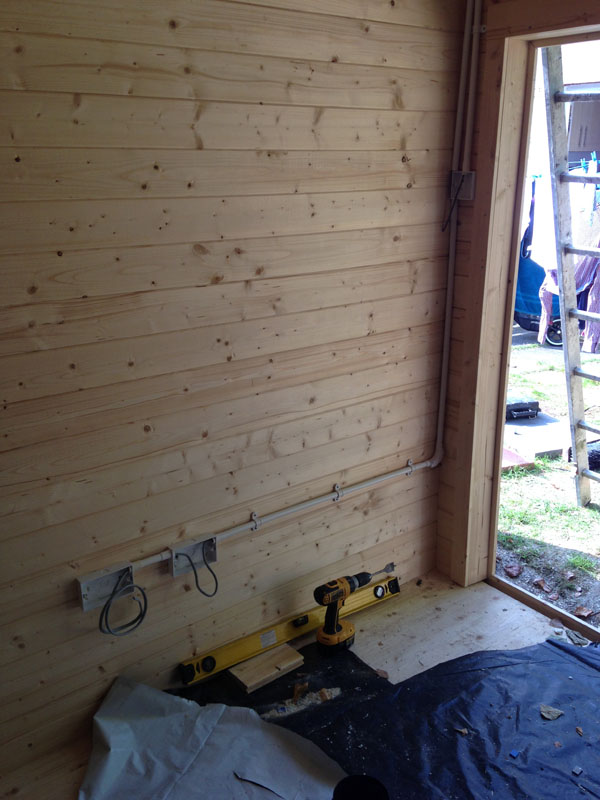 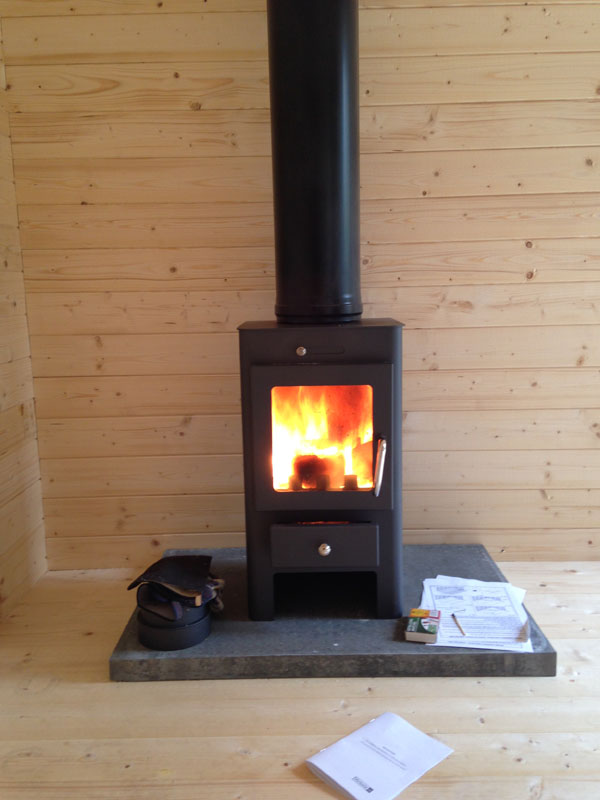 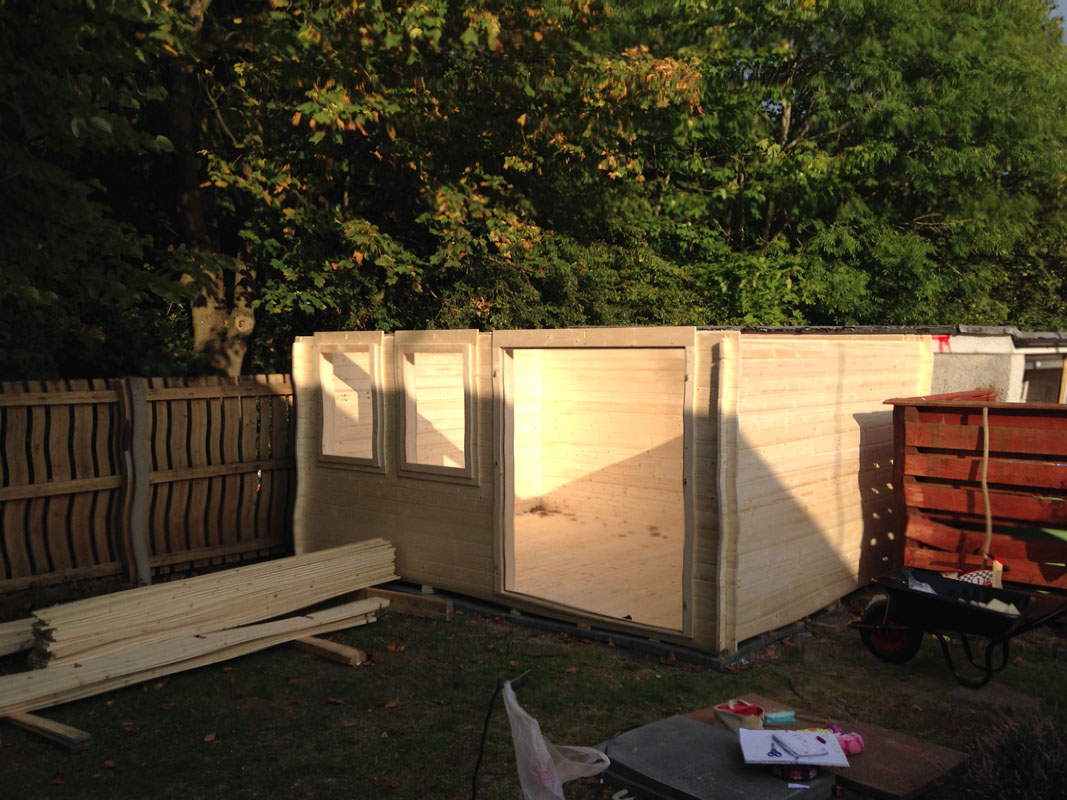 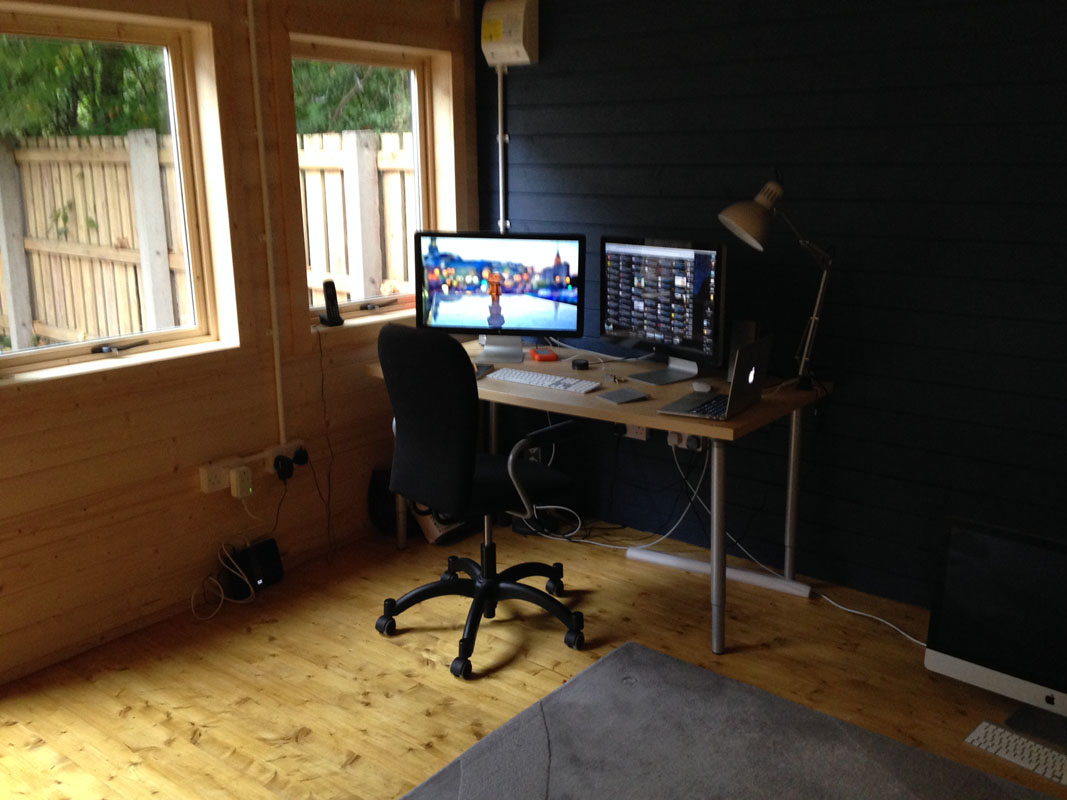 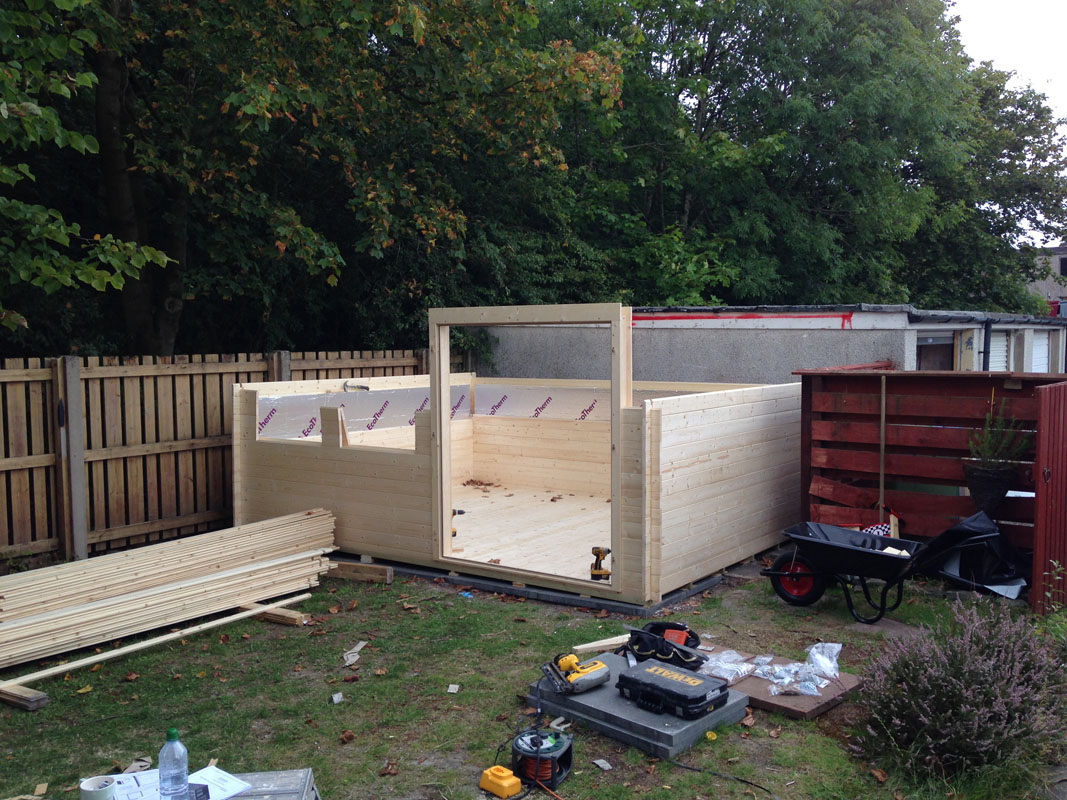 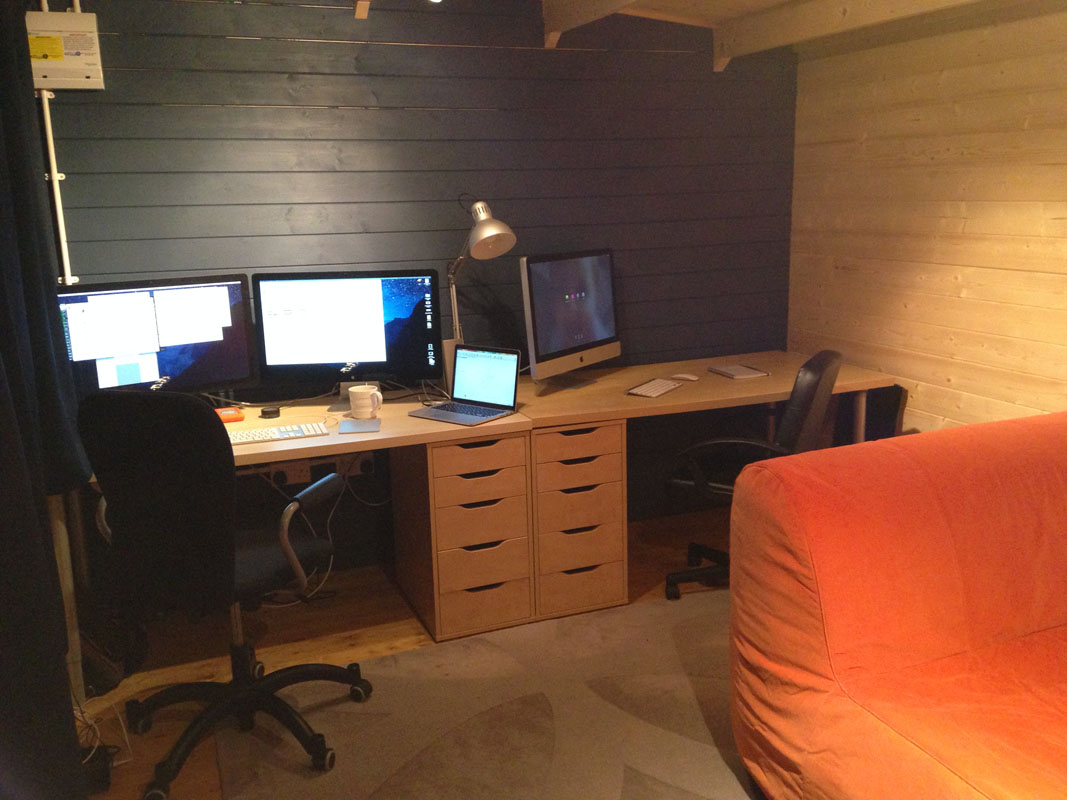 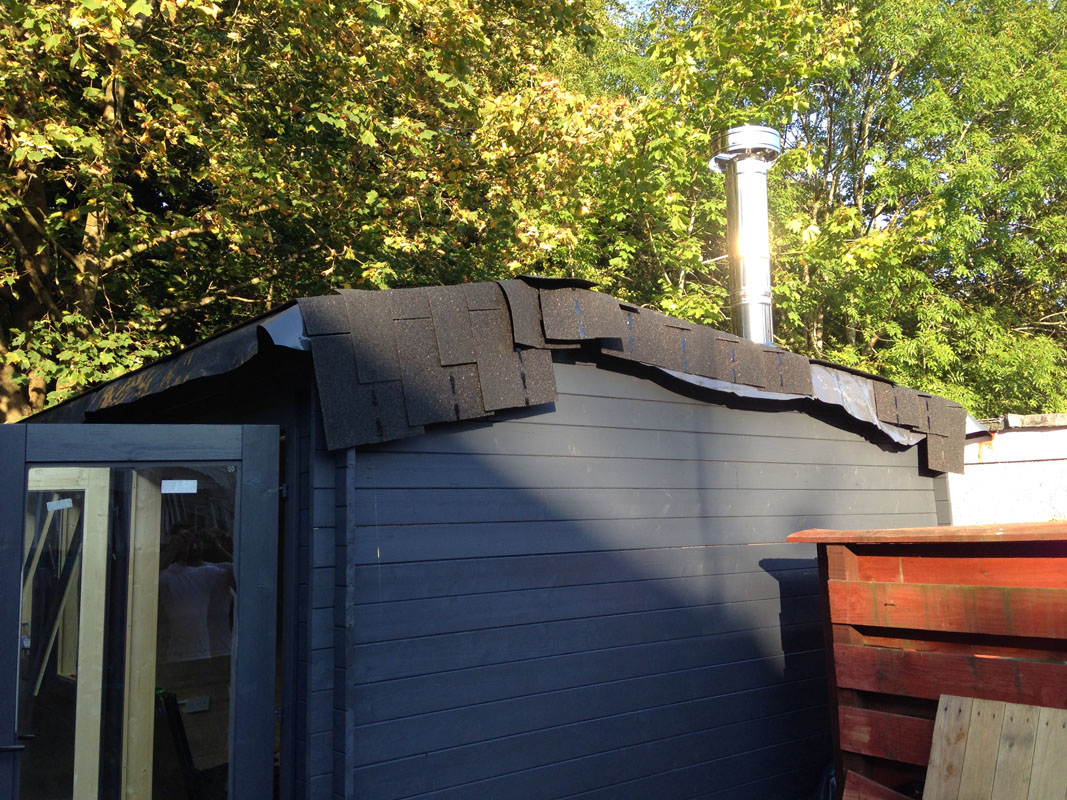 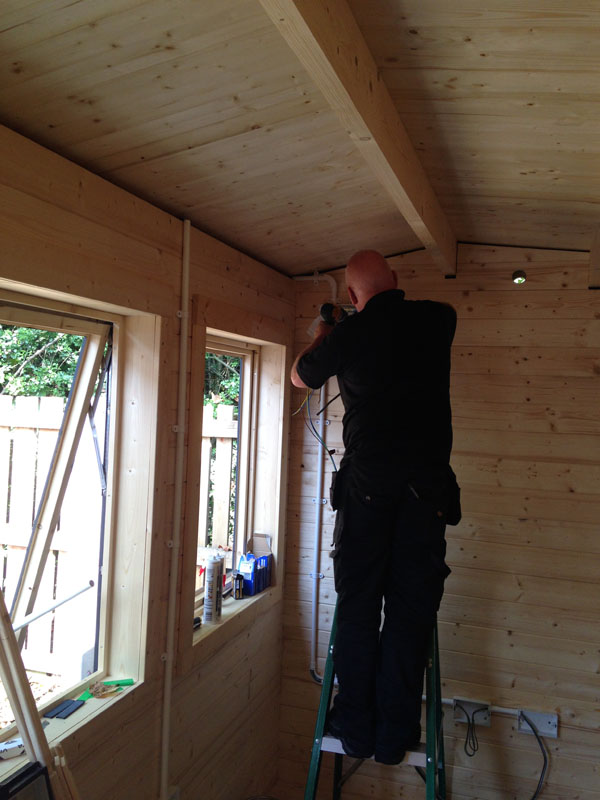 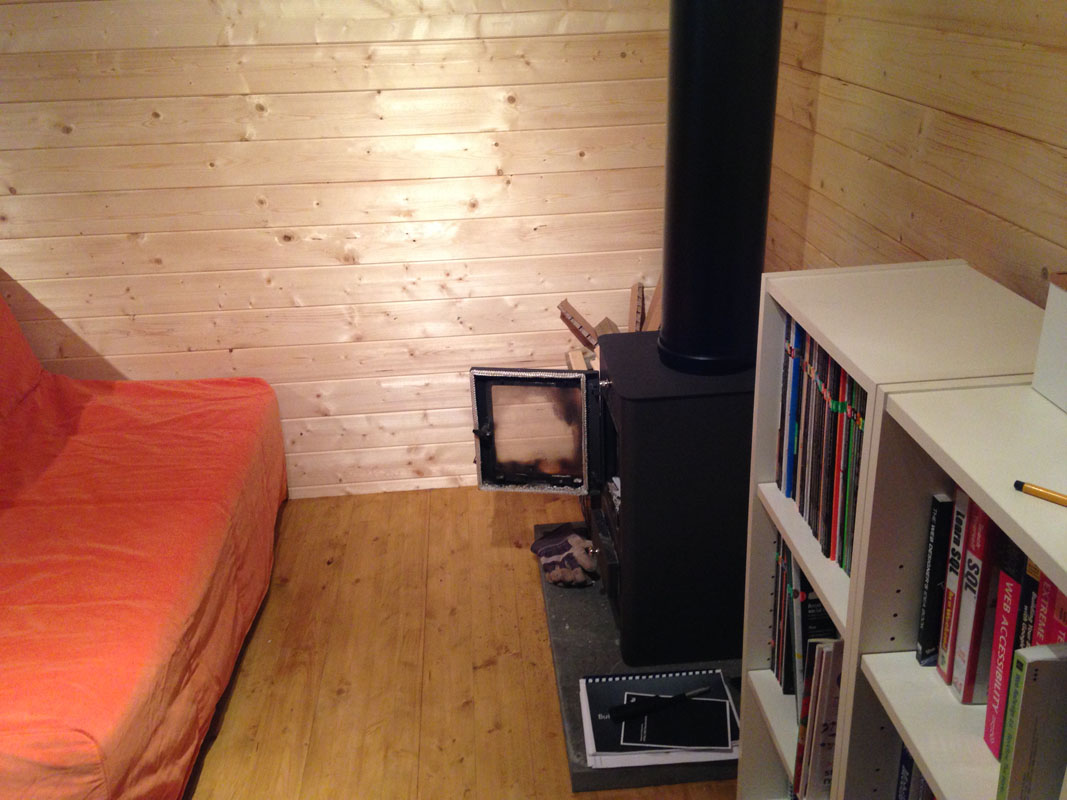 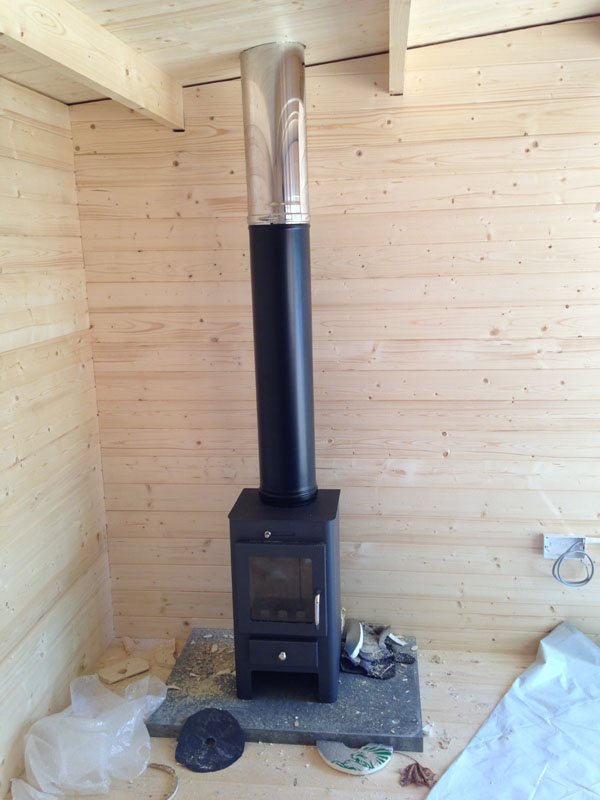 We definitely achieved our goal in building this workspace. We came in under budget, a little over on the time frame (although this wasn't really a deal breaker).

We now have a functional studio space that is practical for the team and also very practical for our family too. We even inadvertently created a simple stand desk option too.

Sure the money we paid out would be a sizeable investment for anyone but comparing it against paying rent for somewhere you will never own is a win win in my book.

There may be one day where we outgrow having 3 employees but this works for us now and could easily take on other uses in future years. It's also added value to our house as well.

If you're considering a workspace, I'd definitely recommend exploring your options in the same way.

Update: One cost I forgot to include was the alarm system, I won't give away which one I bought but cost £500