The last few years I've tried to round up my year but given we're about to hit 2020, I thought it would be good to reflect on the last 10 years.

We packed a lot into the last year of the decade.

As Sarah and I looked into what 2019 would hold for us this time last year, I don't think either of us would have envisioned the massive changes for the family this year.

There's been a lot of change and a lot to be thankful for.

The 🇳🇿 contingent was visiting over Christmas and New Year. I feel that in the coming years, these visits for either of us may become rarer given the number of kids (and soon to be tweens) involved. Each year only seems to get more expensive.

They got a lot into their visit including a surprise birthday 🎉 for dad and some ⚽️ days too.

It's important to relish time with family, you'll never know when you'll next get the opportunity. Saying goodbye to them never gets any easier and so we never make a big deal of it.

One thing I wasn't expecting this year was to be leaving Zaengle. Phil had intimated a desire for there to be more overlap between 🇬🇧 and 🇺🇸 hours. Having been in this position before, I knew it wasn't going to work for us as a family and so we agreed to part ways at the end of June. Leaving Zaengle however, had an unexpected upside that I'll come back to.

I made my way to 🇺🇸 for my last Zaengle-Con and tied in a visit to Philly to visit friends Abe & Christi and catch up with an old ExpressionEngine pal, Jeremy Gimbel. 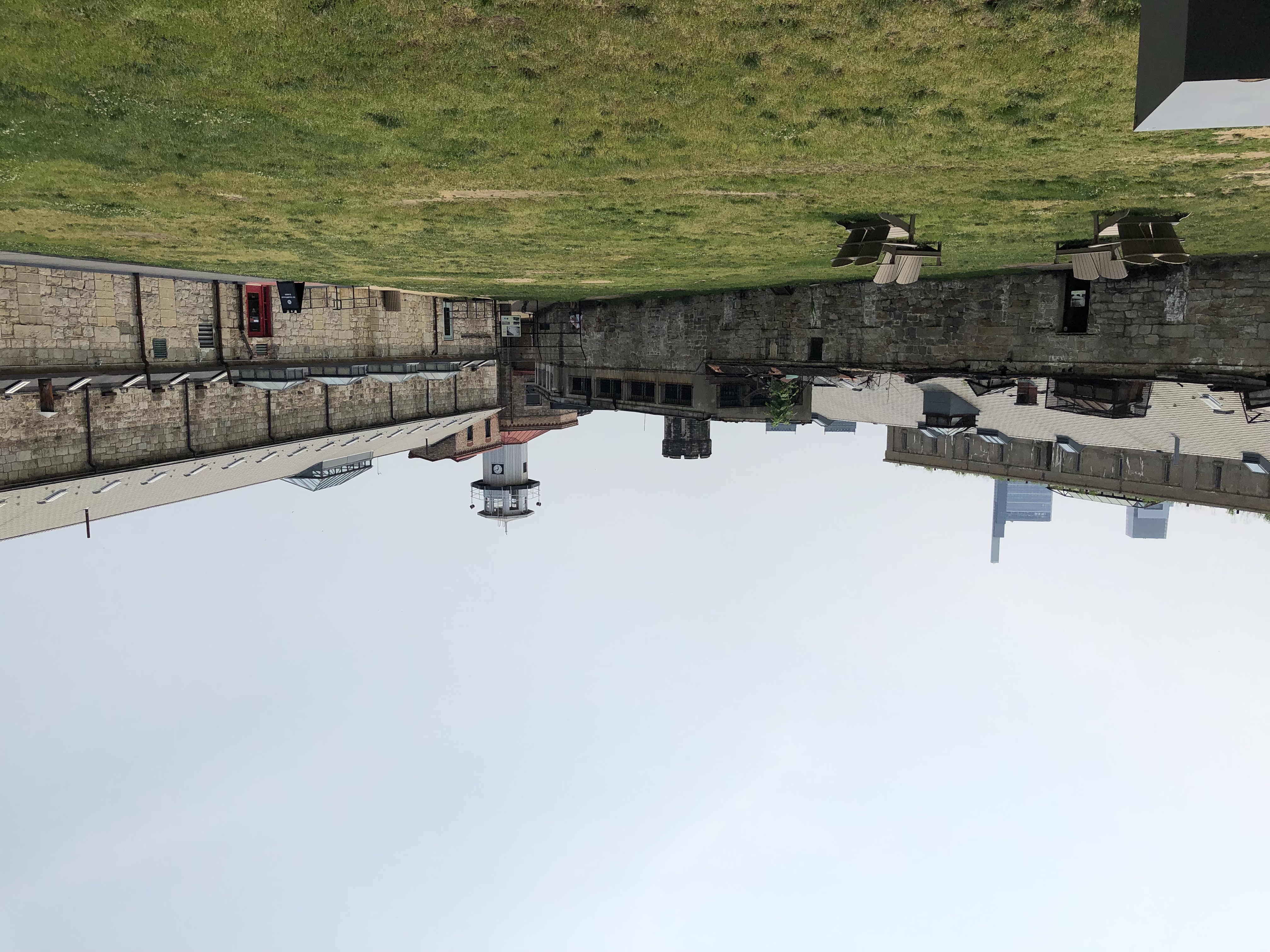 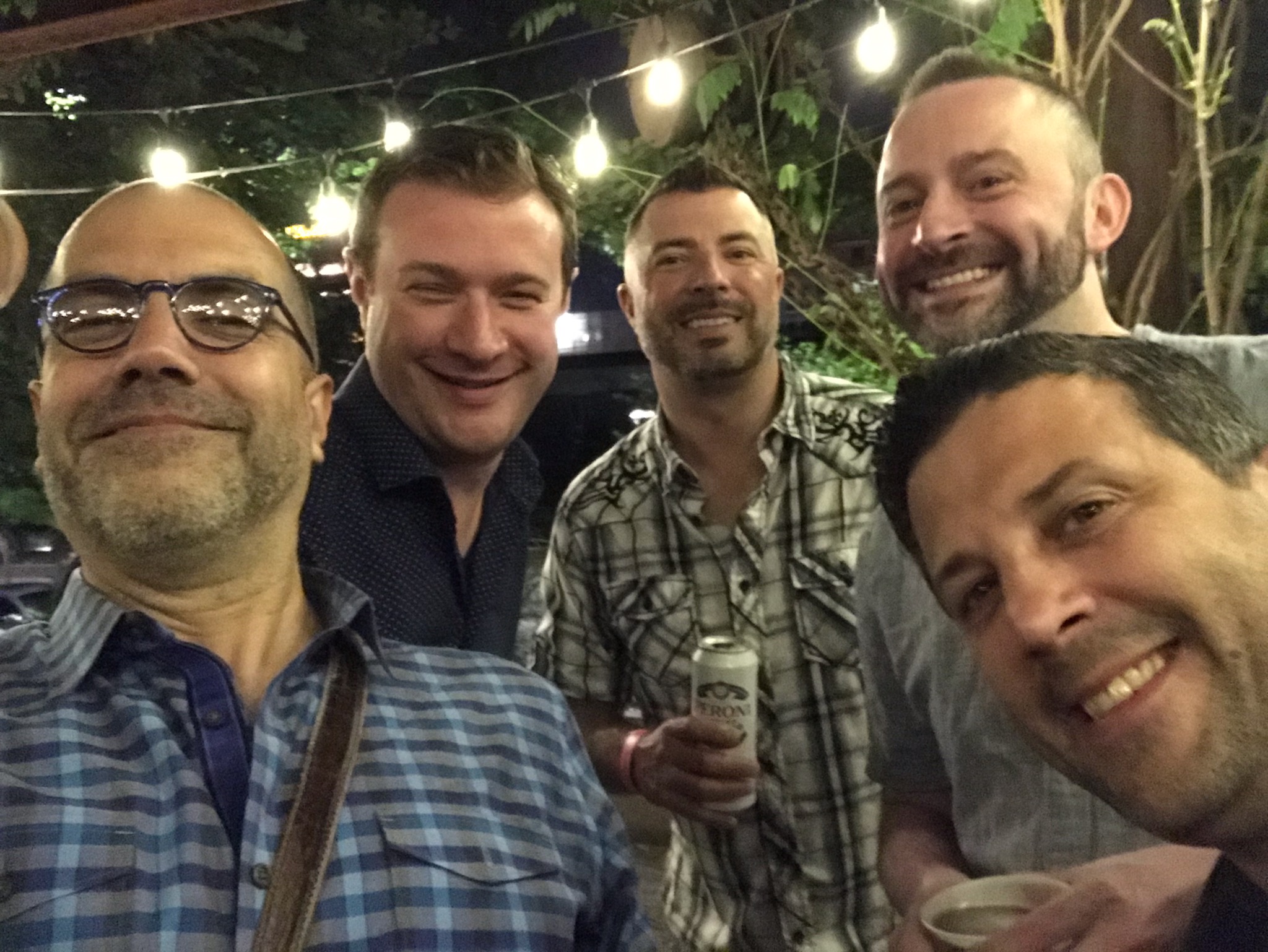 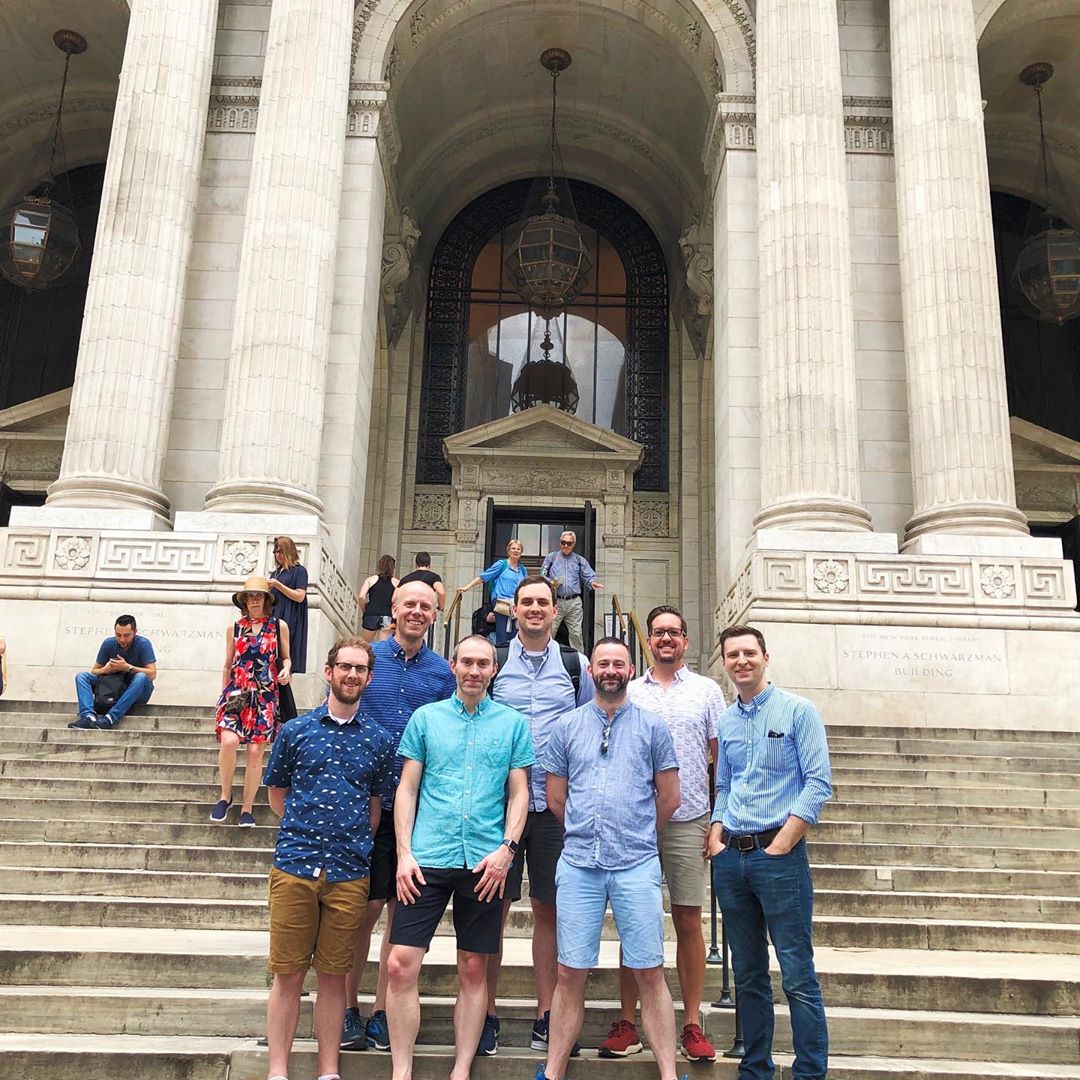 At the end of 2018, we toyed with the idea of moving house but weren't in a position to make it happen after we ran the numbers and we put it on the back burner. When I left Zaengle to go back to contracting, we knew it would open the potential to move.

With Levi starting school this year, one of the things on our radar was for Sarah to retrain. The plan was that she'd start a 16-week software engineering boot camp at CodeClan in August. At the start of the summer, we both agreed that it would be madness to even consider a house move but it's funny how things can change.

Having kept an eye on the house prices in the area, we reckoned we'd never get as much for 1 East Greenlees Road as we would at that point in time. So we decided to put the house on the market, sell it first and then look to move in 2020. I wasn't totally surprised that we sold within the week.

We had a pretty particular set of requirements from a new house.

We did look at some new build properties in the Newtonfarm area of "Cambuslang" but neither of us felt totally comfortable with the amount of money we would be spending on something that neither of us loved and it also wasn't really in the locale we wanted for the kid's school.

There were a few older properties in Cambuslang on the market and we'd gone to see those, we even stuck in an offer on one but we were a few days away from closing on the sale of our place and we ended up missing out.

Sarah then persuaded me to go see 18 Greenlees Road - and I'm glad she did. We both loved it after our first visit. It ticked all of our boxes, has a massive garden, an extra room, a period property (Sarah's architectural dream) and a few hidden extras like the basement, office and bar.

We had a bit of back and forth with mortgage lenders (the nature of being self-employed) but we settled with that and had our move set for the end of September.

We've not had our troubles to seek with the new place - all self-inflicted it has to be said. Renewing the electrical system caused the boiler to break down. Replacing the boiler meant renewing some pipework. Doing that has led to leaks in lead pipes.

I'm not going to lie, the last few weeks have been a rollercoaster - as our bank account attests to - but this is the "forever" house so we're in it for the long-haul. New windows are next on the agenda in February.

In amongst the house move and internal works, Sarah had been retraining in software engineering at CodeClan. A tough task for anyone when you're covering so much in just 16 weeks.

Sarah got through it and I'm immensely proud of her. She's even landed her first role at a start-up in Glasgow that she'll start next week. This will be a massive shift for the family.

As a result, I'm going to be cutting my working week in half. Half development, half for the family. I'm excited about this change and the impact it'll have for me as a husband and a father.

In September, while at the ⚽️, I was admitted to hospital with what was initially thought to be appendicitis but eventually diagnosed with stress.

We were in the throes of finalising the house move, Sarah being at CodeClan, having a bunch of smaller projects on the go in amongst a contract that I wasn't particularly enjoying. My body was telling me to stop doing so much.

What I've come to realise over the last few weeks is that it's OK to say no to projects.

In 2020 I'll be looking take on freelance work that interests me, or I feel that can make a difference in our city and beyond.

I lost my friend Carl in August to a heart attack in August. He had just turned 40 and was on holiday with his wife and kids when it happened. I'm not drawing any parallels between my stress and Carl's passing but more acknowledging that I'd rather spend the time with Sarah and the kids than picking up a bunch of work that I'm not really invested in and that leads to feeling stressed.

I've got a handful of things I want to work on this coming year. In no particular order:

Some decade highlights in no particular order 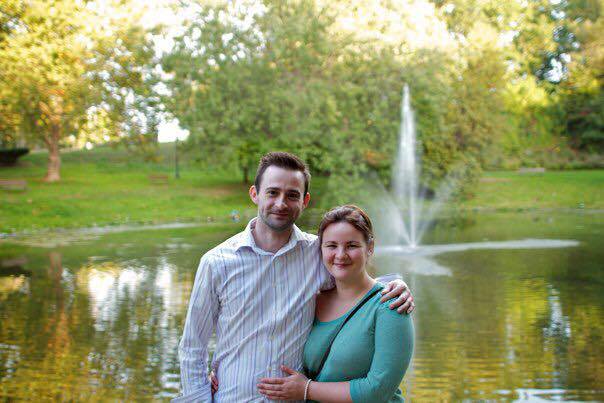 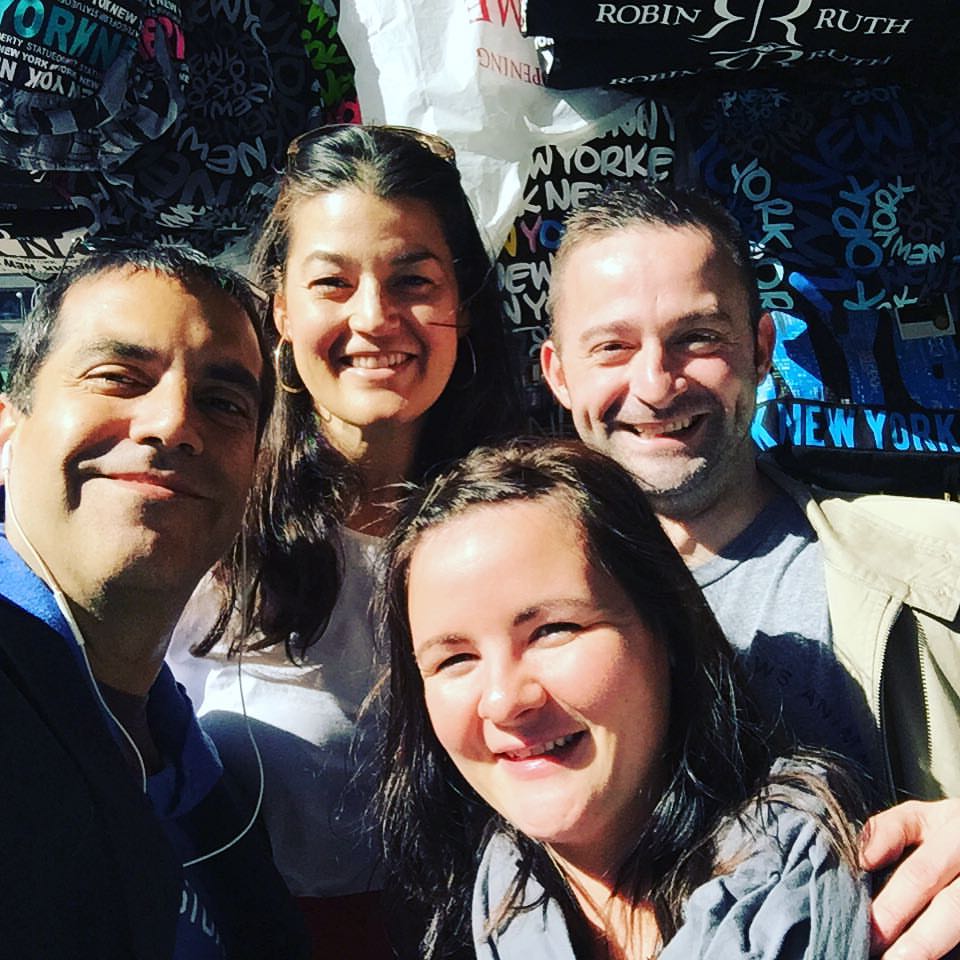 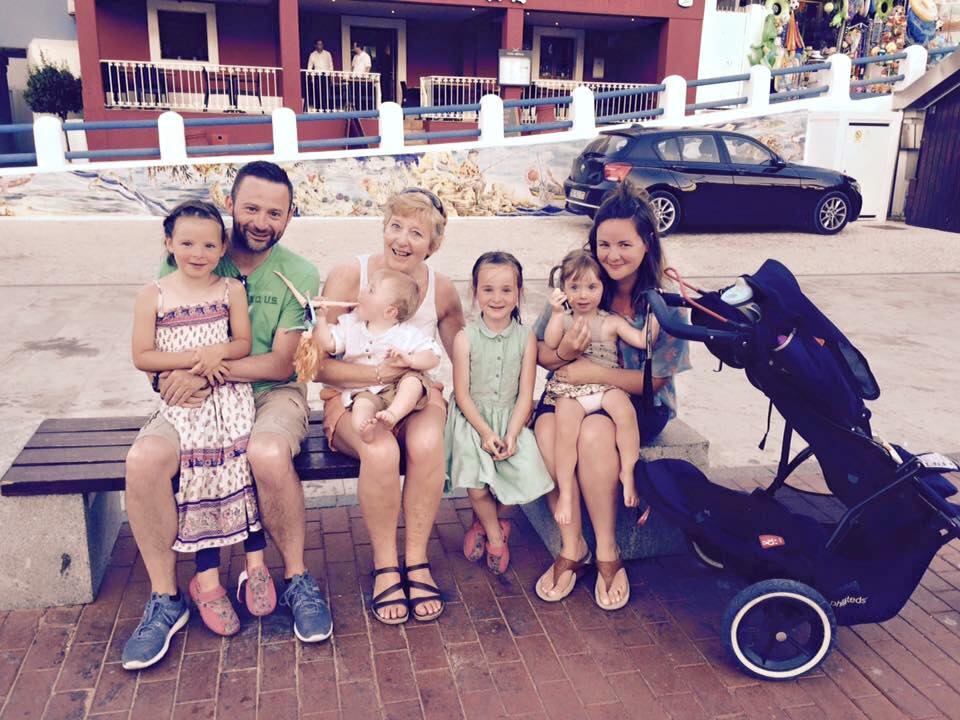 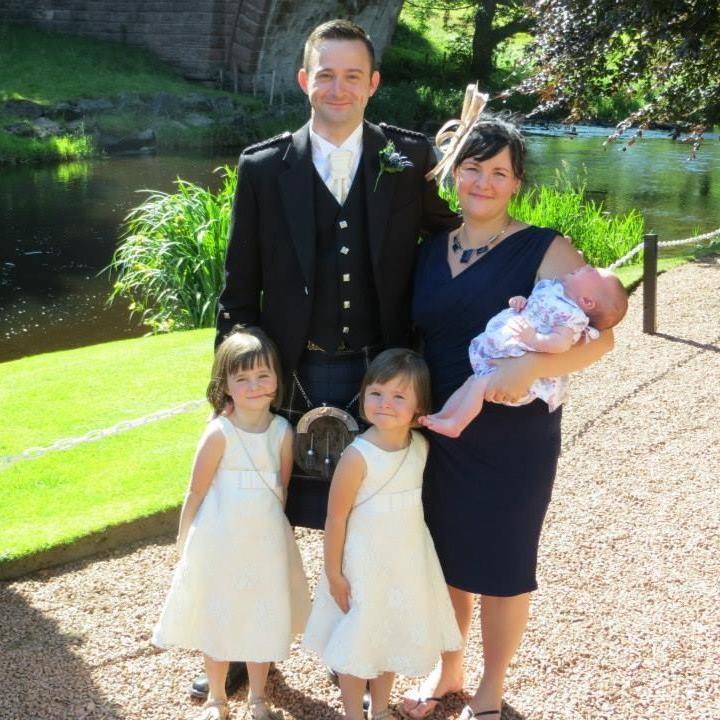 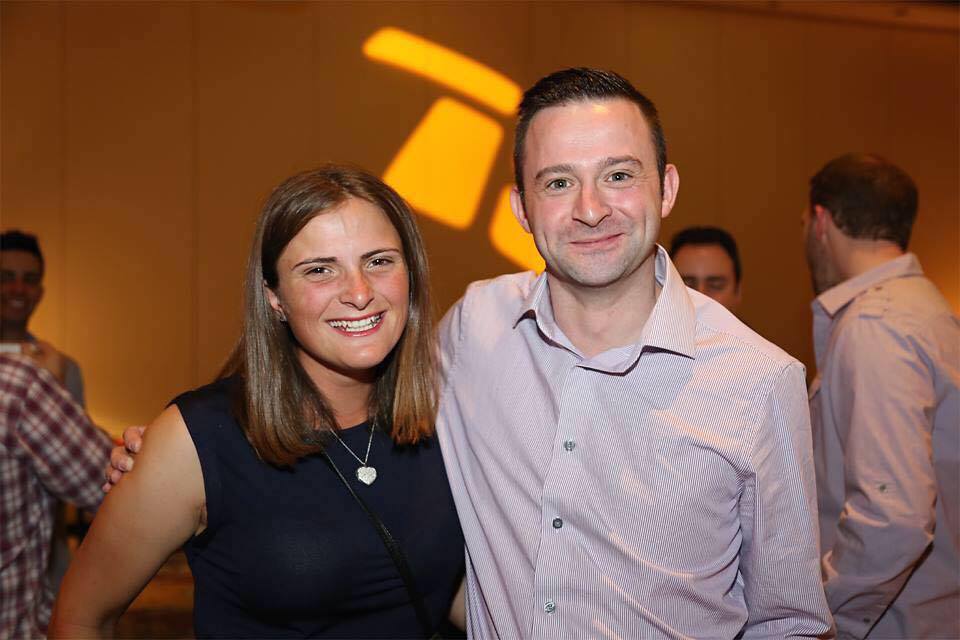 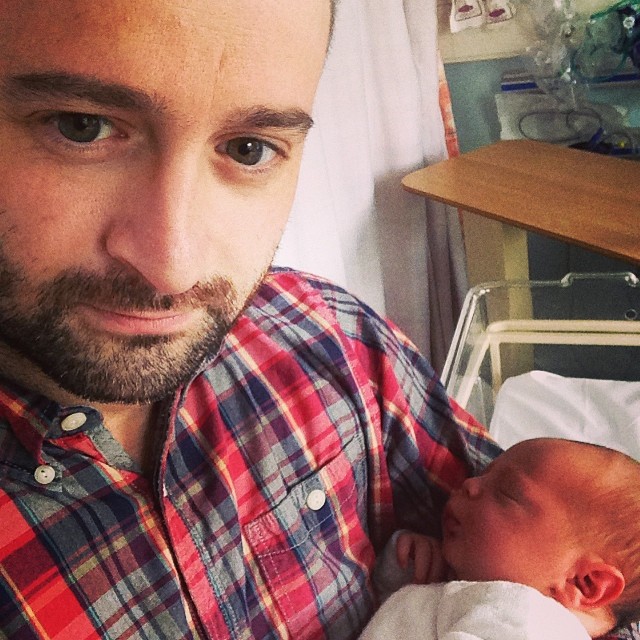 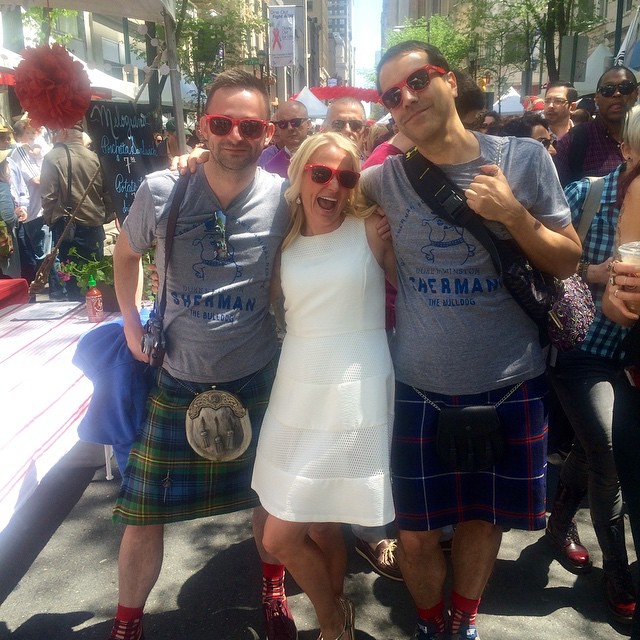 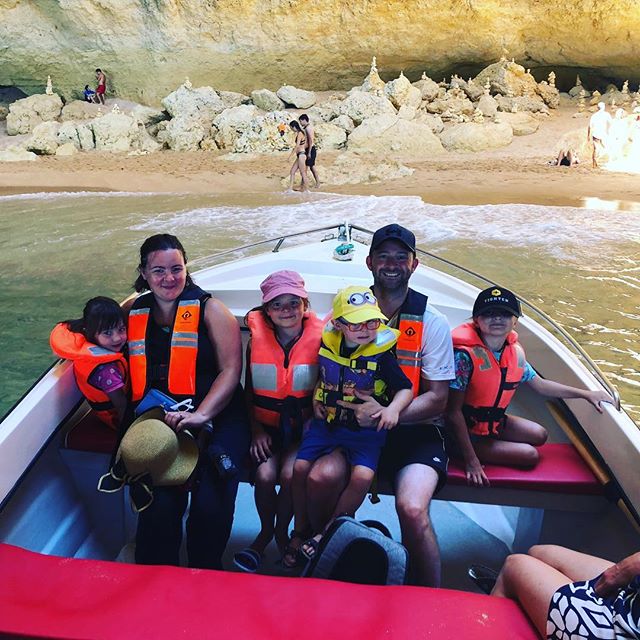 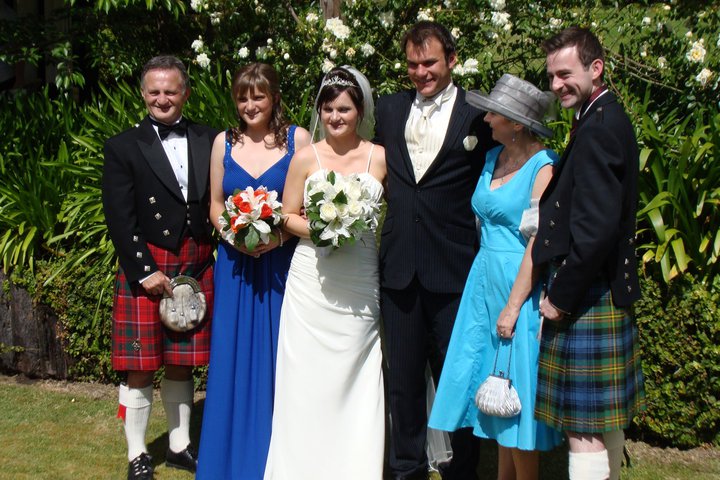 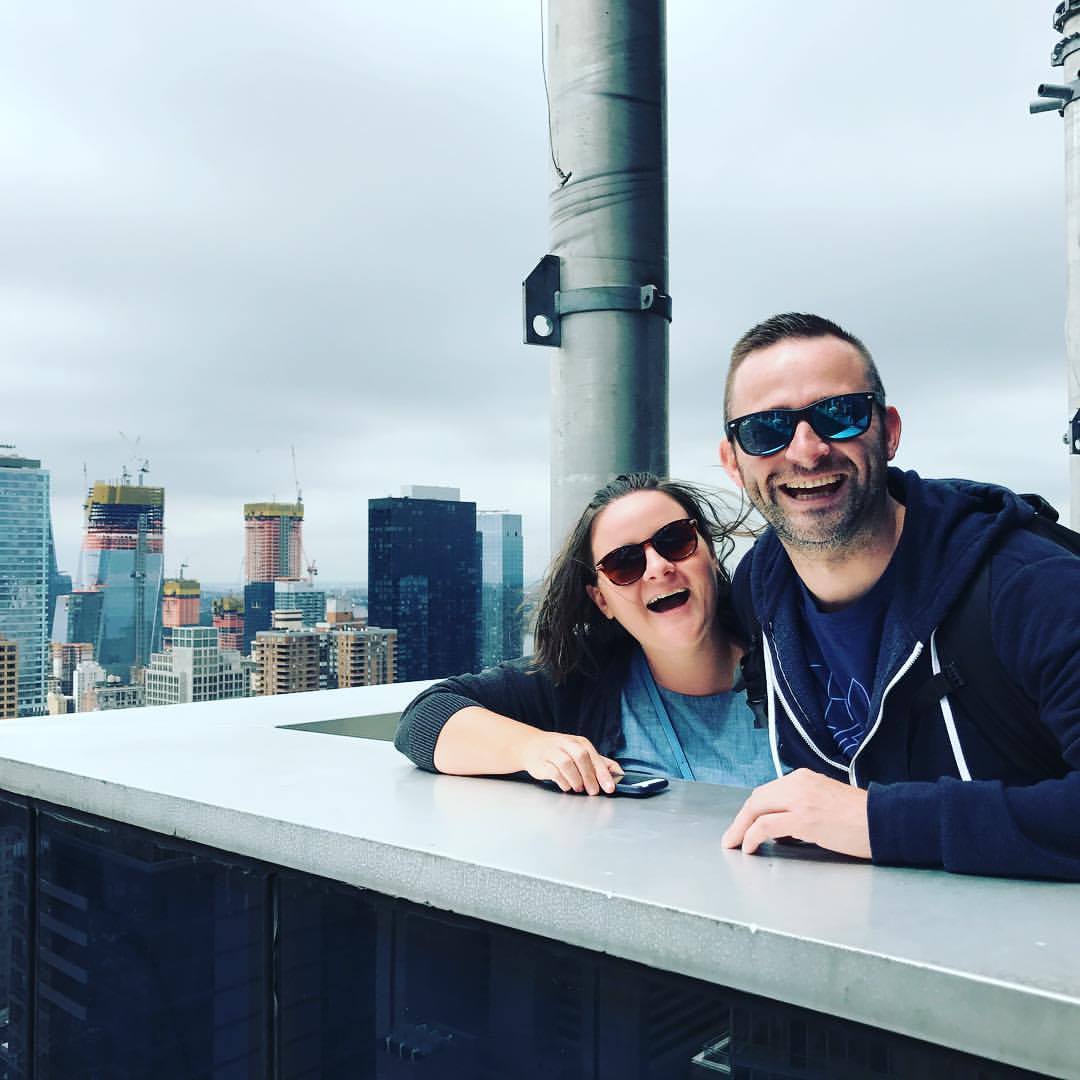 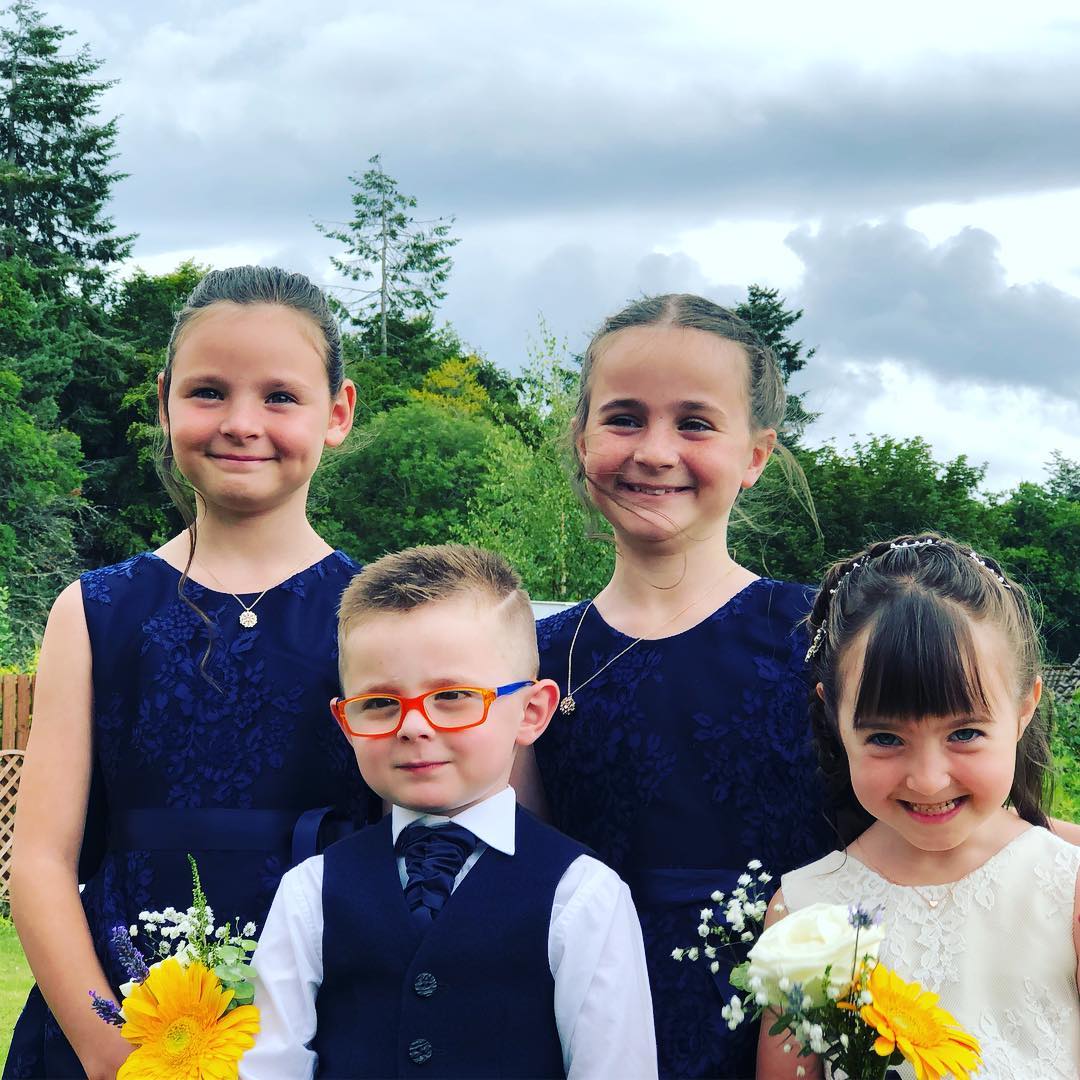 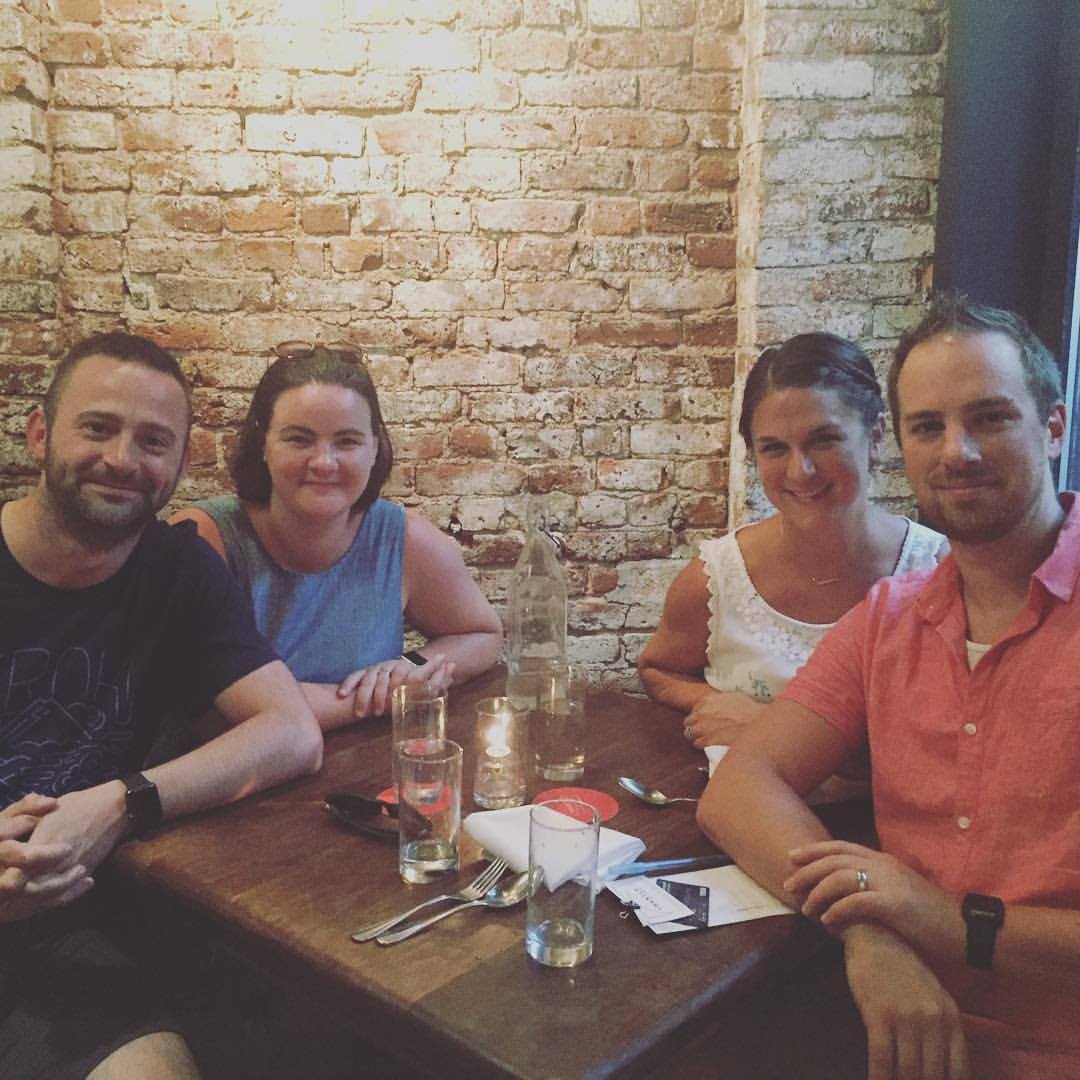 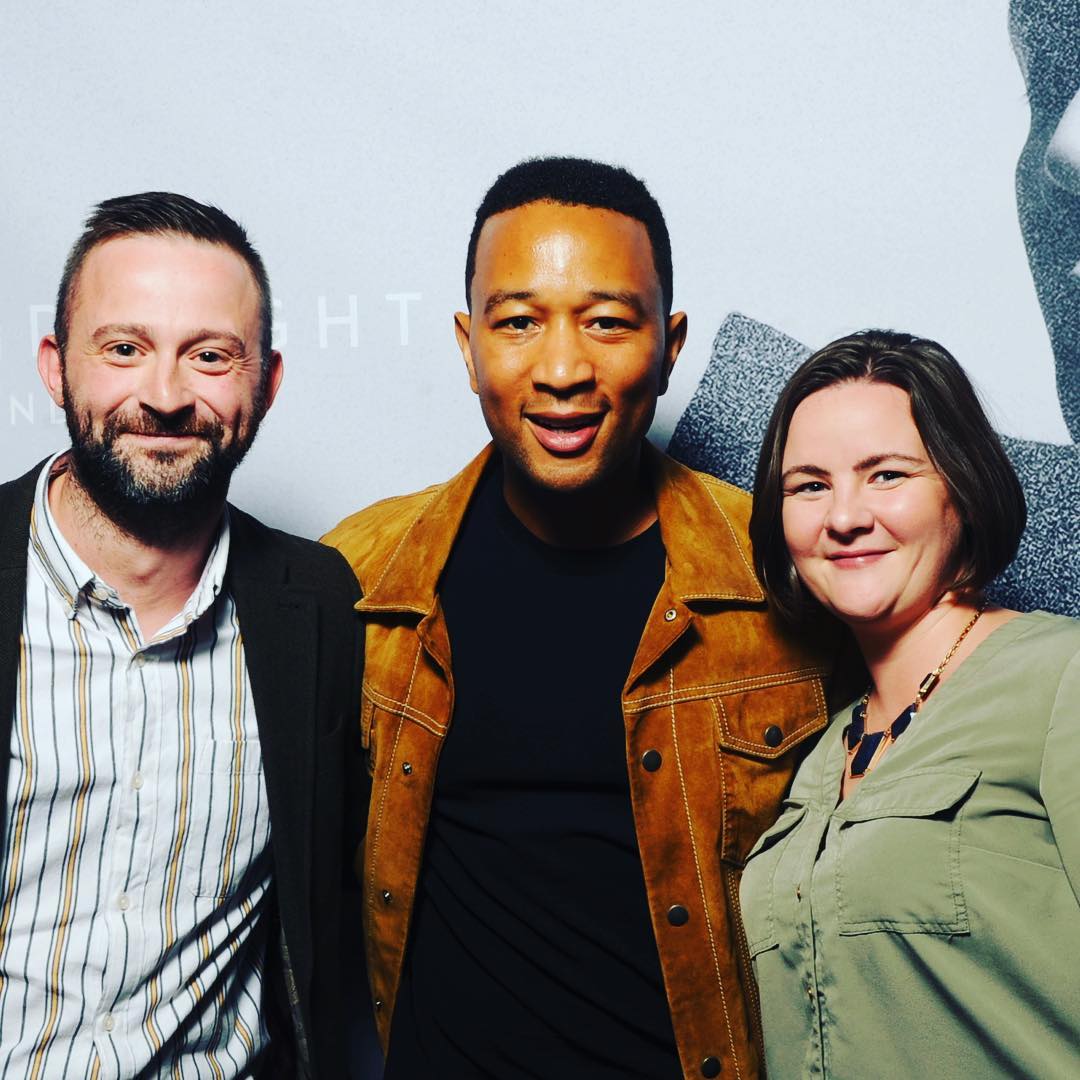